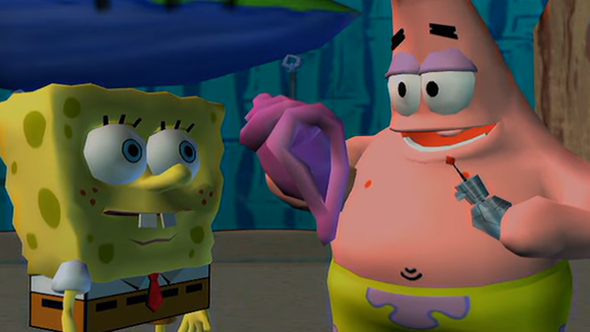 If you’re at the tender age of about 35 or younger, there’s likely a special space in your heart reserved for some era of Nickelodeon, the American TV network which has been a mainstay of kid-focused programming for almost as long as cable television has been around. There were naturally numerous videogames based on Nick shows, and big chunk of them came from THQ. Now that THQ have risen from their graves, it’s apparently time for those games to follow suit.

Pretty sure none of these are on our best old PC games list, but you can double check to be sure.

THQ Nordic and Nickelodeon will partner up to revive games based on at least 16 different properties, including everything from Rocko to SpongeBob. Here’s the full list of properties.

That’s just a list of show titles, and it’s not clear what specific games will be rereleased or in what format. Most of THQ’s Nick-licensed output came throughout the 2000s on the PlayStation 2, Xbox, Gamecube, and Game Boy Advance, lasting up until near the original company’s final days. You can rest assured that there’s already a social media campaign to make sure we get Battle for Bikini Bottom HD.

Today’s announcement also revealed an anecdote from OG THQ employee Chris Glass, who revealed that one part of an old SpongeBob game was made from literal poop. Given the reputation licensed games tended to have at the time, that might be appropriate.

Want another fun fact about my time at THQ?

I’m not sure which Spongebob game it is, but it’s one of the PS2 ones that we made…

The new brandmasters at THQ Nordic have worked to make the most of the back catalogue they’ve scooped up, remastering and rereleasing even lesser-known THQ titles ranging from de Blob to Sphinx and the Cursed Mummy. Most of those games have found their way to Steam, so the trend is likely to continue.