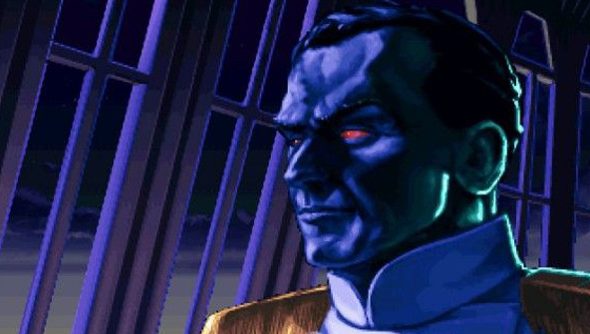 There was a time I knew a lot about Star Wars.

Actually, I still know a lot about Star Wars. It’s just that there was a time that I cared that I knew a lot about Star Wars. I had all the novels, including licensed disasters like everything by Kevin J. Anderson and the extended hallucination that was The Crystal Star. I had Important Opinions about the virtues of the Imperial II-class Star Destroyer versus the Mon Calamari Cruiser, and technical manuals to back up my point. I had all the PC games. I had the RPG, and I even cooked up a homemade Star Wars version of D&D.

Then, literally overnight, I turned my back on Star Wars. I haven’t seen the movies in years, nor played a game, nor bought a book. I was through with all of it, indifferent even to the news that they were making episodes 7-9. I just didn’t care anymore, and I was committed to not caring.

Right up until TIE Fighter showed up on GOG and reminded me what it was I really loved about Star Wars in the first place. It’s one of the best Star Wars PC games.

In retrospect, what my friends and I did to celebrate the release of Attack of the Clones bordered on aversion therapy, the equivalent of getting caught with a beer and having your dad hand you a pack of Luckies and a half-pint of Jack Daniels to teach a lesson about keeping on the straight and narrow.

It was our senior year of high school, and my friends and I knew we wouldn’t be together like this again. We’d be at different colleges by the time the final part of the new trilogy came out. So we cut classes in the afternoon and spent the day at my house, grilling burgers and polish sausages while watching every Star Wars movie in a row.

Let me tell you: that amounts to about nine hours of Star Wars with no stopping. And then we’d be heading to the theater for Attack of the Clones immediately after. Midnight showing, of course.

Fatigue started to get us during Return of the Jedi, but it was only when we got to Episode 1 that we all realized, with slightly worried looks between us, that maybe we’d all been wrong a couple years back. Maybe this movie really wasn’t that good. 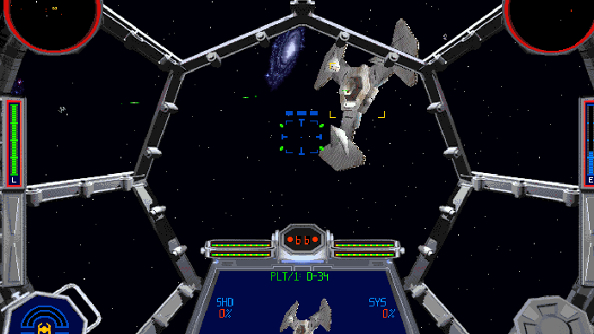 These days, everyone pretends they knew right away that The Phantom Menace was garbage. Star Wars fans seem to share a collective memory of sitting in the theater on opening night and realizing, with the same collective psychic scream that haunted Ben Kenobi’s geriatric doze, that the new trilogy was going to suck.

Not me. I defended that movie. My father showed me The New Yorker review a week later, just after I got back from seeing the movie a second time, and beseeched me, “Are you seriously telling me this movie is anything other than dogshit?”

And my own future started laughing at me as I responded, “This guy doesn’t get it. He’s not a fan.”

But sitting there in my basement, as Anakin declared that “This is podracing,” the coin started to drop. One of these things was not like the others.

The scales truly fell away sometime during Attack of the Clones, right after Anakin killed all those Sand People and then delivered a near career-ending monologue:

Something else happened to me during that midnight showing, as the fever of fandom broke. I never watched Episode 3. I haven’t seen any of the original trilogy since that day. I became a Star Wars refusenik.

It wasn’t about personal betrayal, though I certainly felt betrayed. It was about realizing I was invested in something that didn’t matter, not even to the people who made it. Sitting there in the darkened theater while Yoda and Count Dooku (Christ, than name) engaged in a Force-fed pissing contest, I felt like I was a mark.

The release of the new trilogy spelled the end of the Star Wars that I had loved. LucasArts was already gutted. The “Expanded Universe” was being contradicted by the “true canon” of the prequels. You could always ignore the new movies, but they wouldn’t ignore the rest of the Star War universe. Clone Troopers, Naboo, Trade Federation droids, Midichlorians… we were stuck with all of this shit.

Since it came out on GOG, I’ve been replaying TIE Fighter. It is a reminder of what Star Wars was at its best, and why the “Expanded Universe” really did improve a franchise built on the simplest kind of Manichean struggle, where evil is cartoonish and goodness becomes an abstraction that exists in opposition to gleaming black armor and non-corporeal chokeholds. Star Wars was a kids’ fable. TIE Fighter was about the world we found ourselves inhabiting as we grew up. 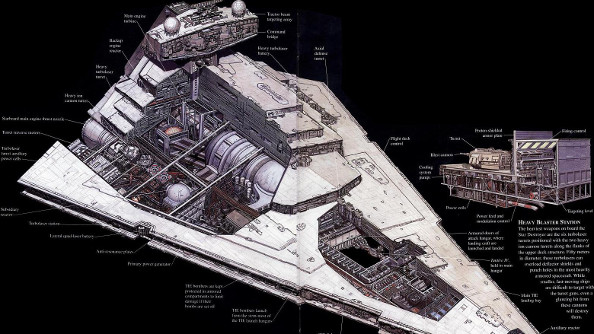 TIE Fighter begins complicating the picture in its second campaign, when you spearhead a peacekeeping operation in the midst of a civil war between two foreign factions, the Dimoks and Ripoblus. It’s the first time you begin to see the Empire how it would have seen itself: as a force for order and peace in a galaxy full of would-be tyrants, bandit kings, and genocides. Suddenly the Imperial TIE Fighter and the Star Destroy become shields for the weak and the vulnerable, as you try and bring both sides to the negotiating table.

And then, when their disagreements prove to be too deep, and their character too perfidious, you remove the velvet glove and give them the mailed fist. They had their chance to work things out, and instead they kept firing on peacekeepers and trying to exterminate each other when they thought the Empire wasn’t looking. The battle ends with your commanding officer welcoming their leaders into the Empire at the point of a gun.

It is still one of the best representations of “benevolent imperialism”, because it makes you a participant, and it makes you feel good about being a participant. The context for this conflict? The grievances between these two alien powers? You don’t know and you don’t have to care. You see what’s happening in front of you and you put a stop to it. Context could only confuse matters. 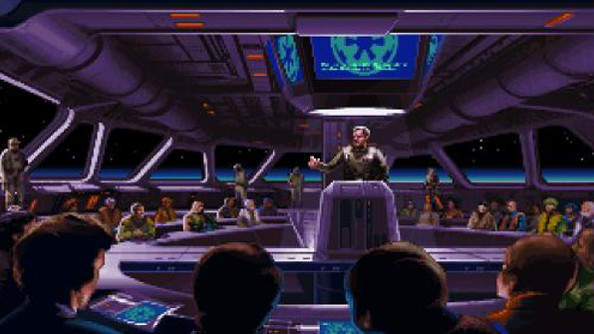 This came out in 1994, when the Bosnian War was at its miserable height, as Europe and America watched helplessly while a small European statelet was ripped apart by nationalist paramilitaries, never quite able to achieve consensus on what, if anything, ought to be done about it. A million Rwandans died in the three months before TIE Fighter came out. In 1994, the world’s lone superpower was frustrated and impotent, indifferent to suffering abroad and hamstrung by an international order that depended on impossible consensus. TIE Fighter offered a fantasy: the precision bomber as the sword of justice, the aircraft carrier as the shield of innocents, and nothing to get in the way.

There’s background for this in the origins of Star Wars, when Lucas (as part of a Boomer cohort of directorial talent) sketched out the galactic civil war as an analog to the Vietnam War. That vision changed by the time the movies came out, but the Empire began life as an analog to American militarism after World War 2.

But it took TIE Fighter to make the argument, to tell a story about how an empire perceives itself. How seductive power can be, when it offers you the means to do good and right wrongs.

Lucas never liked that kind of moral complexity, or he didn’t know how to handle it by the time he got around to making the prequels. The best, most thought-provoking moments in the Star Wars universe happened out of his sight, out of his control, as different writers and game developers began using the sets and props he left behind to tell entirely new stories.

Being able to play TIE Fighter again gives me a little hope for the future of the franchise, too. Years after LucasArts was effectively purged of its creative talent, and the franchises farmed-out to other developers of varying ability, it’s important that one of Disney’s first steps as the new owner of the Lucas catalog was to begin making it widely available again.

The night I watched Attack of the Clones, I started to suspect that the people who controlled Star Wars didn’t really understand it or like it very much. Now, with TIE Fighter on GOG and a flightstick restored to its place of honor on my desk, I’m starting to feel more optimistic. Watching those X-Wings skim the waves in The Force Awakens trailer, there’s a part of me that recognizes what I’m seeing. That maybe this can be my Star Wars again.