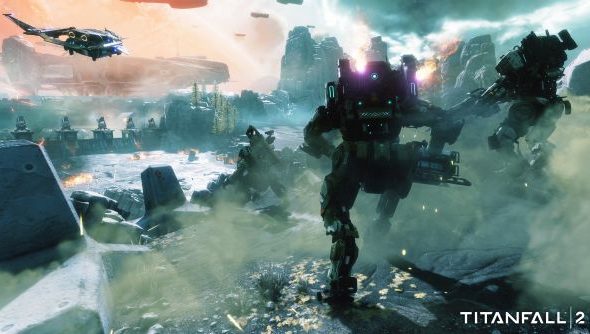 Titanfall 2 should fix some of its predecessor’s launch problems by having access to more cloud services by virtue of a multi-platform release.

Let’s see if that’s enough to push the sequel into our best FPS games on PC hall of fame.

Additionally, due to reliance on the Microsoft cloud server locations for the Windows, Xbox 360 and Xbox One game, the game never arrived in regions where Azure was not capable of supporting play such as in South Africa.

Now that the sequel will be releasing on PS4, Xbox One and PC, along with a partnership with UK-based server company Multiplay, Titanfall 2 should have access to far more virtual oomph.

Azure will be supplemented by Google and Amazon web services, as well as racks of physical dedicated servers in Multiplay data centres.

“Since this launch is going to be even bigger than the last game, I really wanted to make sure that we had an insane amount of scalability and reliability,” lead programmer Jon Shiring says to Engadget. “What’s really important to me is the game just works. I want the game to be hosted everywhere, to find places near our players and make sure that we have absolute stability and reliability.”

Founder and CEO of Respawn Vince Zampella also said that the multi-platform launch would allow the team to have more flexibility now they are not exclusively working with Microsoft.

“Obviously the partnership with Microsoft was fantastic for us, but now as we’re expanding out, the more flexibility we have, the better service we can offer the players,” he said. “Being on Azure and Google and Amazon, it’s just added benefit.”

Titanfall 2 will release on October 28 but will have a multiplayer technical test before then to stress this new server configuration to the limits and discover bugs that are not present outside of high load situations.