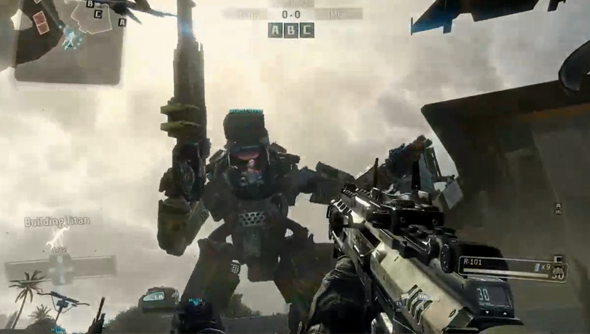 It’s been a long time coming but we’ve finally seen what Respawn Entertainment have been working on all these years. The team made up of key ex-Infinity Ward staff, including Vince Zampella, who was co-lead during the development of the Call of Duty series, have made a sci-fi, mech-filled multiplayer shooter, Titanfall.

I was worried that Respawn would stick with what they know and simply make another Modern Warfare-style shooter; same setting, same small-scale levels, same fleshy mortal vs fleshy mortal combat but they’ve made quite the departure(ish).

They’ve made another multiplayer shooter but this is one set in much larger levels, created a new universe to set the game in, and it features a multitude of mechs. All of which work to pull Respawn away from their Call of Duty legacy. It’s also about as close as fans of Battlefield 2142 are going to get to seeing a sequel.

An earlier leak from Strategy Informer revealed that the game’s multiplayer has taken notes from Left 4 Dead and will blend in AI controlled troops to fight alongside human players. Also, levels will have objectives and events dynamically applied by a master AI, again, much like Left 4 Dead.

Another similarity to Valve’s zombie shooter, Titanfall is running in the Source Engine.

While it’s currently only been announced for Xbox One, this is very likely one we’ll be seeing make its way to PC in spring 2014.