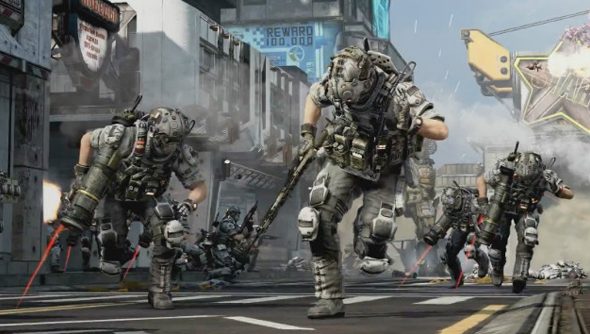 The original Titanfall has nine players worldwide on PC at time of writing, according to this tracking site. But those numbers may not be due entirely to the fact that it’s nearly five years old and has a sequel. It seems there’s a single hacker who is griefing Titanfall’s small number of dedicated players by running a script that kicks them back to the desktop, preventing them from finishing games.

The issue was first raised on Reddit by u/TheLPMaster, who says they get the same message (“Too many proxies for datatable”) after a few seconds in a lobby. The thread’s been picked up on ResetEra, with users on both forums sharing anecdotes which suggest there’s one thoroughly unpleasant person out there who seems to enjoy spoiling things for other people.

This person is also the subject of a thread on EA’s forums, alongside more general complaints about “countless speed hackers”. Even the population tracking site linked above has a prominent plea for help against Titanfall’s apparent hacking epidemic, though this anticheat community site suggests some hackers are simply changing names to make the issue seem more prevalent than it is. Either way, it must be pretty disheartening for those few remaining players who are just trying to mind their business and have some fun, and may be hastening the game’s decline.

Respawn’s own website has a referral for ‘Titanfall tech support’ on its front page alongside its sitemap, social media, and contact details, which seems an odd thing to surface so prominently. We’ve asked EA if they’re looking into this and will let you know if we hear back.

You can see the spiritually enfeebled person in action in the video below, courtesy of Nikus on YouTube:

It’s inevitable that support for older games will tail off, and yes, Titanfall has a sequel and it’s brilliant. But I’ve always found it strangely heartwarming to see people leave the migratory mob that I imagine mainstream gaming to be (and of which I am undoubtedbly a part) when they find a game which they choose not to abandon. Loyalty to a game can’t be compared to loyalty to people or principles, but it’s admirable, albeit to a lesser extent, to see someone resist the fickle temptation of the next shiny thing because they already have something that meets their needs.

Read more: Titanfall 2 made our list of the best shooters on PC

I may be romanticising this. Even so, wrecking anyone else’s free time is still a cruel and shameful way to spend one’s own.