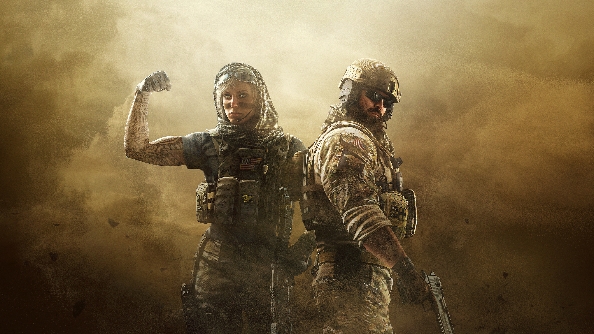 Shoot enemies in style with the best FPS games on PC.

To get a feel for Dust Line’s new inclusions I spoke with Leroy Athanassoff, game designer of Rainbow Six Siege’s DLC, and grabbed a hands-on session with the new soldiers on the block. 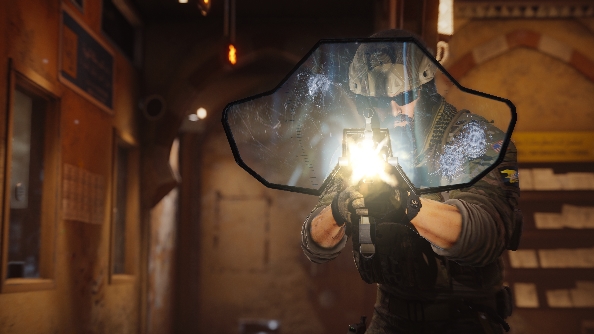 First up is Blackbeard, a US special forces chap who looks uncannily like that guy from the Medal of Honor reboot. He’s equipped with an assault rifle or a single-shot DMR that sounds and feels like it fires railway spikes.

His unique contribution to the world of kicking terrorist backside is the TARS Mk0; a screen-filling transparent bulletproof shield that clips onto the barrel of your weapon. Unlike the huge riot defences of Blitz, Montagne, and Fuze, Blackbeard can still fire his gun when the shield is equipped. That’s surely OP, right?

Not in the slightest. I only make it two minutes into a match before I’m gunned down, despite using the shield. Since it protrudes up from the top of your rifle, it’s merely head-and-shoulder protection. Great for peeking through windows and over chest-high cover, but the moment they see below your elbows you’re a gonner. And that’s exactly what happens: I sneak quietly into a building and a hail of machinegun fire ruptures my side. The shield’s not the unbeatable defence I thought it was.

I ask Athanassoff if they ever worry about creating OP operatives. “I think sometimes we might create an overpowered character, but I think it’s OK as long as we are reacting to the community,” he explains. “We need to be able to understand why it was a mistake, and quickly fix the issue. Every time we release an operative we always have in mind, that if it becomes too OP, a list of parameters. We know that it’s super easy and super fast for us to change so that we can rework the character if needed.”

Valkyrie – commander of the surveillance state 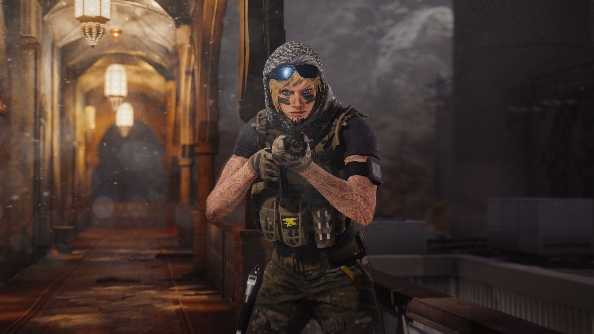 With Blackbeard dead and the teams switched positions, I try out Dust Line’s defensive operative, Valkyrie. She’s a bit more interesting: her gadget is a set of four ‘Black Eye’ cameras which can be placed anywhere on the map. Little orbs with lenses, if you throw one in the centre of the room you can gain 360-degree vision, and hurling them into a ceiling-line corner provides exceptional spotting potential.

Athanassoff explains to me that these cameras were designed to provoke a very specific playstyle from defending teams: “We looked at the players during the first months of Rainbow Six and saw how people play with the attacker’s drones,” he says. “As players got better at the game they tended to send only one drone to the objective to be sure it’s there, and then keep other drones alive at strategic points. With that set up, in the attack phase they can always rely on the strategic view of the map. It allows the attackers to create a dynamic network of drone cameras, like CCTV.

“So we thought ‘what if we give the defender the same ability?’ We already have the fixed cameras, but with static ones it’s not under player control. So we were thinking what if a character was be able to put a camera so it gives vision of the map?” he reveals. “Now it’s a matter of how the player is creative, what kind of strategies they want to develop, what side of the map they want to overwatch.” 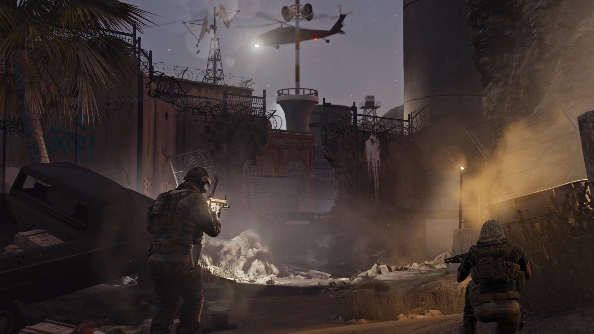 With control over four new cameras, Valkyrie brings a very new set of eyes to the defending team. If you’re intensely familiar with Rainbow’s maps this will probably be a tactical boon but, playing on the new Border map, I found having more cameras somewhat overwhelming. With typical enemy routes learned and chokepoints identified though, these cameras are going to be pretty useful.

Their inclusion impacts the tactics attackers must take. Electronics expert IV, with her gizmo-detecting tablet, becomes a vital character. “IV becomes even more interesting, because I hope that players will be trying to find where Valkyrie puts the cameras and there won’t be any better operative than IV to do that,” says Athanassoff.

I like the idea of characters who force the other team to re-think their strategy, and ask Athanassoff what other ideas he has for such operatives. “I would like to see someone that plays with destruction,” he smiles. “Right now in the game the destruction seems to be more on the attacker side. Defence are more about reinforcing. But I have kind of a vandal heart, so I will always think it would be cool to have someone who also plays with destruction but on a different side.”

Border – a map for the keen abseiler 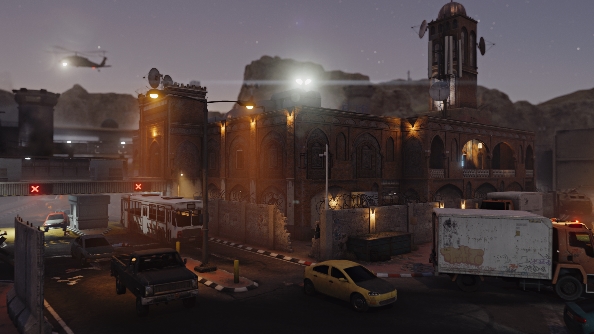 That wish for an explosive character is not a massive surprise considering how much destruction features in Dust Line’s new map: Border. A middle-eastern locale, it features a road checkpoint and a multi-storey building that can be battered and blasted 15% more than any other Siege map. That’s not the focus, though.

“Every time we create a map we have expressed something that we wanted to take a risk on. For this one it was a merge of indoor and outdoor,” details Athanassoff. “There is a guard wall, a big catwalk inside, and for the first time you are able to use your rappel inside so there is a verticality to the building.”

The inside of the building has a wide-open lobby area that can be rapelled from roof to floor in, allowing you to drop and fire onto different landings. It allows a little of the Mission: Impossible to your approach. Of course it’s more likely you’ll be surrounded at numerous angles by a bunch of defenders, so interior abseiling is a little riskier. 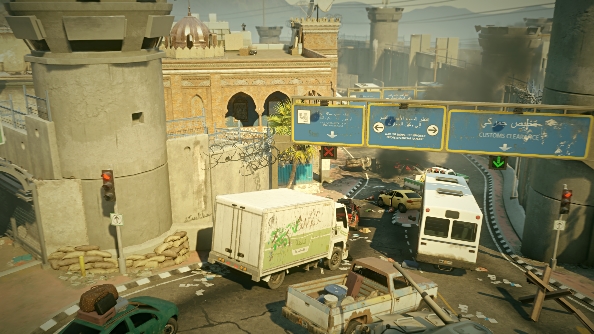 Aside from the catwalk that meanders in-and-out of the building and that deep drop inside, Border feels fairly typical of Siege’s map design. Its biggest drawback is the middle-east aesthetic. The nicest thing about Rainbow Six has been its choice of locations, be they a nuclear family’s suburban home or a grounded jumbo jet. A checkpoint in Undisclosed-istan simply feels stale and rote for a modern military shooter.

Regardless of if you take to the map or not, it’s free. The penniless approach to DLC is working well for Siege. “We don’t want to split our community and we don’t want a pay wall,” emphasises Athanassoff. “If you don’t want to pay you can unlock this content through playtime. So far it’s working well, it’s proven right, and we will continue to do that. There is no plan to change anything. The community seems happy so there is no reason to worry.”