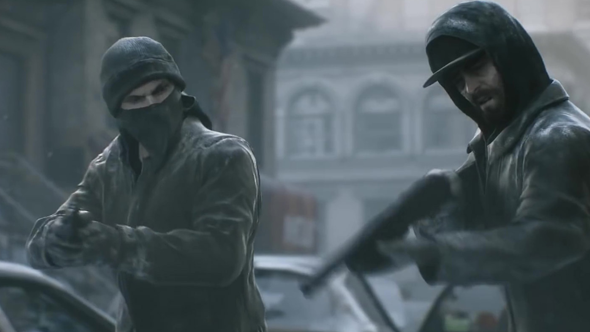 After the launch of The Division, Ubisoft “changed the VO, the animations, a lot of things to improve that villainization of each of the factions” in the game.

The snowbound Manhattan of The Division is carved up into territories by different factions that have risen out of the chaos caused by a deadly pandemic. Groups like the Cleaners and the Rikers prey on civilians and it falls to you to kill them in the streets. Some reviewers and fans pointed out that it was difficult to see the agents of The Division – who you play as – as a force for good when most of their enemies were poorly armed and desperate survivors.

There is a lot going on this week, stay informed with our comprehensive E3 2018 guide.

When asked about this criticism of the original game on a GameSpot livestream, The Division 2’s creative director Julian Gerighty, said “If you play The Division today […] the presentation of the factions is different from when we launched. We’ve changed the VO, the animations, a lot of things to improve that villainization of each of the factions.”

Gerighty also makes clear that the team are building a “fantasy world.”

“We want to villainise them,” Gerighty said, “but we want to make them understandable. The Cleaners, very clearly insane. They don’t make a distinction between someone who is infected and someone who is healthy but coughs a little bit. If you look into the lore of each of the factions, with the collectibles, the echoes, that kind of thing you understand that kind of approach.”

In his review for Kotaku, Kirk Hamilton criticised the disparity between the Division’s agents and their enemies, saying:

“The first enemies you fight make up a faction known only as “rioters,” and appear to be civilians in hoodies using piddly firearms and baseball bats. The second faction is known as ‘The Cleaners’ and is made up of a group of crazed city sanitation workers (!) who have decided to whip out their flamethrowers (!!) and purify the city of all survivors, thereby wiping out the plague. The third faction is called “The Rikers” and is an organized gang of men and women who escaped Rikers Island correctional facility and began sadistically killing everyone in their path.

“To recap: the first three of the four total factions you fight in The Division consist of A) desperate and poorly-armed civilian looters, B) garbage men so moved by their pre-outbreak jobs that they’ve begun murdering innocent civilians and C) escaped Rikers inmates who have decided to unite in a murderous grab for power.”

Hamilton points out the stories that have come out about Rikers – the young offenders facility the game’s gang takes its name from – are of young people being subjected to horrendous conditions, including systemic abuse and rape.

It’s the first time I’ve heard of a developer patching a game to make its factions into something more hateable, to drive them further into a fantasy world.

We will see what Ubisoft has learned about how to present its villains next year on The Division 2’s release date.

“For The Division 2 we’re going to push that even further,” Gerighty continued. “The villainization is going to be very clear. The True Sons, they’re the faction shown in the CGI and the walkthrough, the gameplay demo. These are the people who have got access to weapons, the people who were bullies in school, who prey on the weak. Who, in this type of situation, would really represent the worst of what humanity has to put forwards. And, in The Division, I’ve always seen them as the best humanity has to put forwards.”