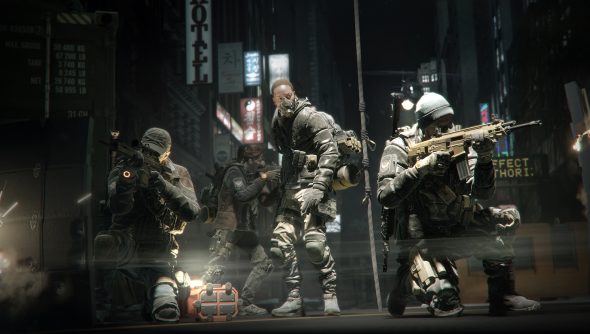 The Jake Gyllenhaal and Jessica Chastain-starring The Division movie just announced its director, proving once again that Ubisoft have the allure – and money – to bag top tier film talent.

Which of our upcoming PC games list do you think will end up with movie adaptations?

“I’m excited to work with Ubisoft Motion Pictures and collaborate with their team at Massive Entertainment to bring The Division to the big screen, they’re great guys, exceptionally creative, and willing to take risks,” said writer and director, Stephen Gaghan.

“The game has been an enormous success, in large part due to the visual landscape they created, their vision of a mid-apocalyptic Manhattan. It’s immersive, wonderfully strange, and yet familiar, filled with possibilities. It’s also remarkable to be able to collaborate with Jessica Chastain and Jake Gyllenhaal early in the process. We all feel the story Ubisoft created is more relevant than ever.”

Gaghan either got the right financial offer from Ubisoft or he’s very confident about his vision for this adaptation. He previously turned down the chance toadapt The Da Vinci Code, which went on to do well commercially.

Let’s just hope he can untangle The Division’s murky politics, or even use those politics to say something, rather than pretending a group of well-armed civilians shooting desperate poor people is apolitical. Mind you, a scene where Gyllenhaal murders a group of people in parkas so he can get some new kneepads would be pretty sweet.