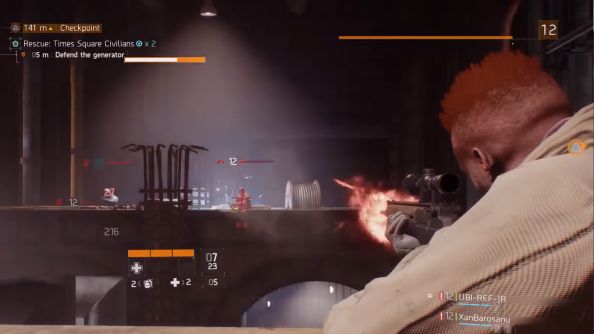 A solid, ten minute run of gameplay for The Division’s upcoming slice of DLC – Underground – has been released (thanks, Gamespot), and it looks like the difficulty bar is being significantly raised.

The first thing you’ll notice is that Underground features four difficulty settings, the last of which is Heroic and should, presumably, only be attempted by Tom Clancy himself. Check it out for yourself (as well as a playthrough on normal) in the video below.

The DLC essentially adds procedurally generated dungeon raids to The Division in the guise of New York’s subway system. The difficulty posed by heroic mode makes for ominous viewing as a squad of three is almost instantly wiped out by a level 35 shotgunner. Underground will also feature new loot for players to earn as they fight through subways, tunnels and sewers with nary a glimpse of daylight throughout.

The DLC will drop on June 28 for PC and Xbox and will come to PS4 players in August.