A recent patch for Ubisoft’s post-pandemic shooter saw its PvP area, the Dark Zone, balanced, and nerfed an exploit that allowed players to farm an easy in-game boss, the Bullet King, for special gear. The loss of these easy purple and gold loot drops is still being felt, but players are mourning in the best way they can.

There’s plenty of loot being dropped in our list of PC’s best RPGs.

The Bullet King was a boss that could be exploited by killing him without taking out his minions, hoovering up the loot and leaving, only to fast-travel back so you can kill him again. Because this method made it too easy to get some of the best gear, Ubisoft stomped it out as soon as they realised it was detracing from the rest of the game.

A New York-based The Division fan managed to hunt down the location the boss would spawn (W49th and Broadway) and place a poem to remind us all of our profound loss: 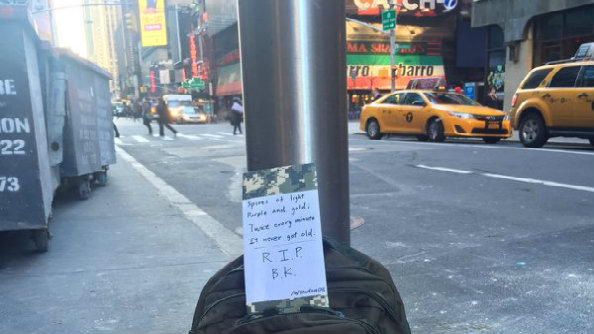 “Spires of light, purple and gold; Twice every minute, it never got old,” the fan wrote. “RIP BK.”

Ubisoft have also posted a tribute to the fallen king on Twitter:

While maintenance is ongoing, we want to take a moment to say farewell to the Bullet King. pic.twitter.com/gsIcixEDjE

Did you use the Bullet King farming method? Will he be missed? Let us know in the comments.