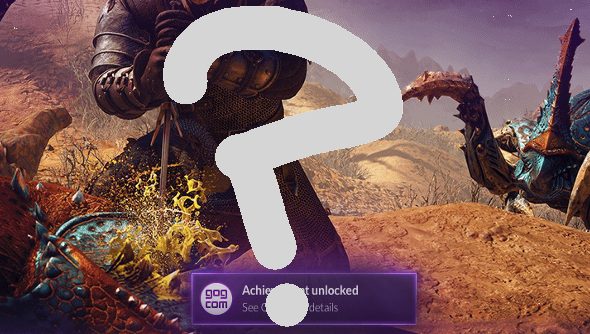 GOG Galaxy is in open beta as of today, and, much like Uplay and Origin, it’s got a few Steam-like features, like achievements. But is that really a draw? That’s what this week’s Topic of the Week is all about. Do you care about achievements, or do you hardly spare them a thought?

I don’t care about Steam achievements because they simply don’t matter. They have no effect on the games they’re associated with, and there’s no incentive to actually unlock them beyond bragging rights.

I actually prefer the Uplay model, and I already feel a bit odd admitting that I like anything that Ubisoft has done with that annoying platform. There, I actually have an incentive to perform specific in-game actions, since I also gain currency that can be spent, in some games, on new content.

That’s all I really want from achievements: a purpose.

Okay, that’s enough from me. Do you care about achievements? And if you don’t, what could make you care?