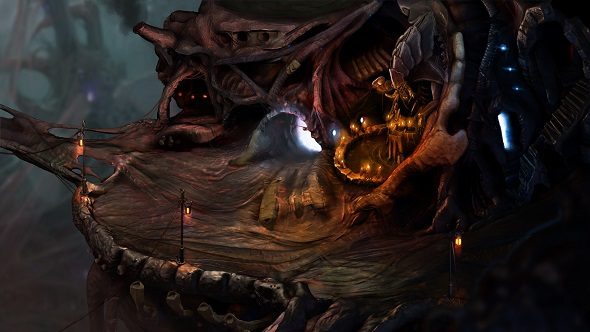 ﻿Update January 31, 2017: ﻿InXile have apologised for cutting some content from the game that had been promised when stretch goals were hit.

Following the news two days ago (see original story, below) that some content due in Torment: Tides of Numenera after it cleared the relevant stretch goals would be cut, the developers have issued an apology.

If you’re hankering for an RPG to play, take a look at these top PC RPGs.

“We did have to cut some content, and had to make some difficult decisions based on lengthy internal prototyping, budgeting, and scheduling considerations… Some of our initial ideas didn’t pan out as we had hoped, and some of them would have cost us content that we felt was more important for the overall experience of the game. Game development is never a straight line, and it’s extraordinarily rare for a project to go unchanged from vision to completion.”

Part of the outcry was that the cut content only came to light after players noticed there were no achievements pertaining to it. In other words, inXile didn’t announce it themselves, despite their game having launched on early access last week.

“We should have communicated the cuts earlier,” says McComb, “when they happened. Unfortunately, because we were busy finishing and polishing the game, we neglected to reach out to our community and explain the changes that were necessary. Please know that we absolutely and sincerely apologise to our backers for that lack of communication.”

McComb concludes with one encouraging piece of news. “We are currently considering ways to integrate ideas that didn’t make it into the initial launch, and we promise that any potential future expansions or content will be made available for free to all backers.”

As for what form that additional content may take, read on for our original coverage, which discussed the cut stretch goals. There has been a wave of enthusiasm for Torment thus far, with its Kickstarter among the most successful ever. It’s a shame that this has happened to leave a bad taste in the mouth, just as the game finally enters early access. 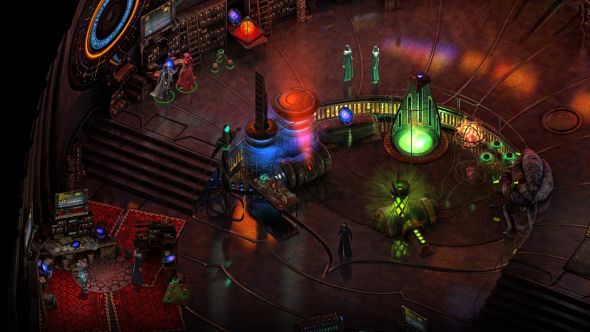 Original story January 29, 2017:In a post on r/Games, Reddit user SnakesPaw has compiled a series ofpostsfrom both the InXile andRPG Codexforums which confirm that a number of stretch goals for Torment: Tides of Numenera have been cut from the final release. This includes two companions, the crafting system along with the game’s Italian localisation.

The money raised from the Tides of Numenera Kickstarter was supposed to guarantee nine unique companions for the player to recruit, which included a companion called the Toy, a ‘living ball of goo’ who was added to the game at the $2 million mark, along with someone called Riastrad. When a trophy list for Tides of Numenera leaked online, players started to question whether these companions would feature in the full game, as they did not appear in the list unlike other announced companions. After multiple threads and questions via the Tides of Numenera forums, line producer at InXile Entertainment Eric Schwarz eventually released a statement confirming that “ the companion roster has been slightly reduced from [the] initial plans” of the Kickstarter.

Schwarz’ reasoning for the cut companions was to ensure that no companions were left “feeling shallow, with storylines that felt incomplete,” so they were scrapped in order to allow for more work on the pre-existing ones. The other main point of contention was the second city called Oasis, which had appeared in previous promotional material but seemed to absent from leaked beta files and the aforementioned trophy list. Associate producer Thomas Beekers replied that “the Oasis ended up taking on a smaller role, but you will still be able to visit it during the game,” acting more like a smaller settlement rather than the larger city as initially promised.

As a result of these announced pieces of cut content, users on the InXile forums naturally asked for a full list of the scrapped features, so backers can know exactly what will be missing from the full game. Schwarz responded again on January 28, hoping to quiet fan concerns by confirming that backers have “seen many of our stretch goals so far” and that promised goals like “the Ascension, the Labyrinth and its added elements, expanded epilogues, deeper companions” will feature in the final game.

However, one element that has definitely been cut is the crafting system, as “a traditional crafting system wasn’t meshing” with the design of the game. According to Schwarz, “everything ended up feeling like an MMO-style system, and that just didn’t fit Torment’s gameplay,” so the crafting assets have since been repurposed for “better Cyphers and Artifacts”, as well as companion armour upgrades and surgical procedures.

There is also bad news for Italian fans, as the Italian localisation of Tides of Numenera has been cancelled, despite the Kickstarter initially promising it alongside localisations in French, German, Spanish and Russian. In support tickets responding to Italian customers, InXile stated that “the costs for Italian localization would be in the hundreds of thousands of dollars, and our stats and sales of prior RPGs showed the number of Italian backers and sales we could look forward to were too low to support those efforts. Rather than attempt a low-quality localization that would not do justice to the game or satisfy our fans, we ultimately made the difficult decision to not do an Italian version.” As such, Italian backers can now request a refund of their money by contacting the InXile support team.