Toshiba reportedly shut down their entire Japanese NAND flash memory production for up to six weeks in response to a ransomware attack on their computer network, so those hopes of grabbing an SSD bargain on Black Friday could well be scuppered.

If you’re willing to pay top dollar, these are the best SSDs for gaming.

Toshiba make a lot of the world’s NAND flash memory – the sort of stuff that goes into your SSD and phone, not your PC’s system memory – and by having to shut down their Japanese production facilities for that long it means we missed out on 100,000 wafers. With some back-of-the-napkin maths that would amount to around 50,000,000 missing chips, or a potential 400,000TB of SSD storage space that was never born.

There are only six real manufacturers of NAND flash – Samsung, Intel, SK Hynix, Micron, SanDisk and Toshiba. Those last two have a joint manufacturing deal going down, so it’s likely SanDisk production will have been hit too. Any manufacturing hiccups like this can have much broader consequences on the already tight global supply of memory, and that could end up driving prices even higher than they already are. I blame Apple. Though that is my stock response to a lot of things… 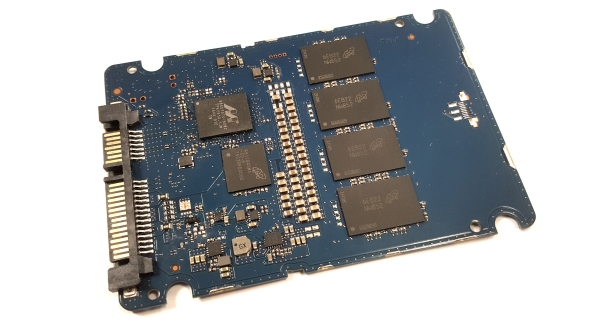 We were hoping that NAND flash supply was on the up and that next year we’d see the evening out of SSD pricing in particular, but with this attack on Toshiba’s manufacturing the knock on effect is likely to put that on hold, at least in the short term.

Still, it’s not all doom and gloom for the beleaguered memory division of Toshiba. Reports are surfacing today that a major private equity firm is leading a consortium to buy Toshiba Memory and that they’re promising to provide around $9bn for R&D and investment.

“We will not be stingy in offering additional support,” Bain Capital’s MD, Yuji Sugimoto told The Nikkei. “We will not be frugal when it comes to investing in people either. No cutback in the number of employees is being considered, and there may even be an increase.”

Fingers crossed that means we’ll see some interesting SSD advances next year from both Toshiba and their more gaming-focused brand OCZ. Remember OCZ? Yeah, their SSDs are a lot more reliable now they’re built by Toshiba…