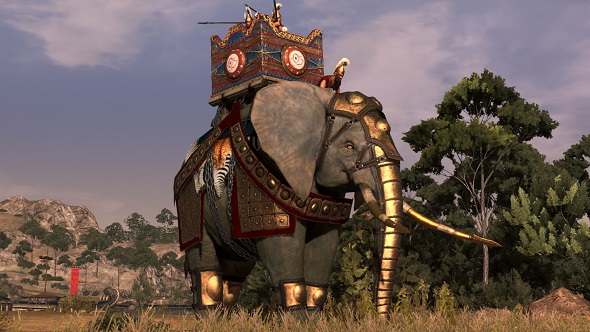 Elephants, inarguably, look tough. Standing over three metres tall, weighing more than 900 stone, and able to reach speeds of 15mph, an African elephant should be a formidable tool in battle. But when I lead them into a fray in Total War: Arena they last only seconds in combat before slumping to the ground, dead.

The new Carthaginian faction’s superweapon may look like it would imbalance the battlefield but, just like every other of the game’s units, it has to be played smartly to be at all effective.

Find out how the people who made World of Tanks saved Total War: Arena.

With the launch of Total War: Arena’s open beta on February 22, Creative Assembly are also releasing the 3.0 update that adds Carthage as a playable faction. The update includes two Carthaginian commanders, Hannibal and his brother Hasdrubel, a load of new consumables, abilities, and units, including the all important elephants.

Carthage has been built around Hannibal’s history as an invader. The faction’s armies are made for mobility and breaking enemy lines more than they are for defence. Hannibal’s commander abilities, for instance, are all about pushing his troops into the fight faster than your enemies can prepare for the clash. Forced March is a toggle ability that urges your troops to move significantly quicker at a cost to their morale. Determination will let your units ignore terrain effects for a short while, which is invaluable when you want to march through mud and thick forests without being slowed.

The temptation, when in command of such speed, is to launch your units straight into an attack. It is a mistake to follow this impulse.

Total War: Arena’s combat is born out of a rock, paper, scissor mentality. Archers beat infantry, cavalry beat archers, and infantry beat cavalry. Unit abilities and equipment upgrades complicate this ecosystem. Some infantry units are well-suited to defending themselves against archers, for example. What this means for Carthage is that while you can hit the enemy when they are unprepared thanks to your increased speed, you need to select your targets well. 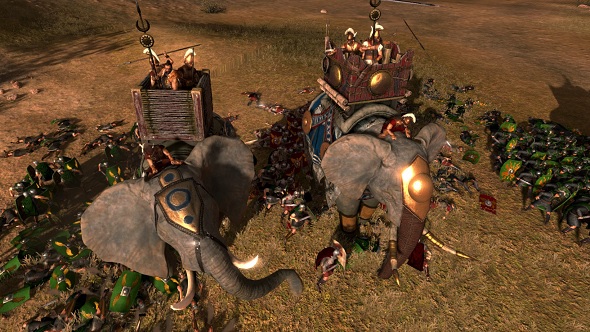 Say you have taken an army of elephants into battle – in Total War: Arena you command a small force of just three units, and each hulking elephant counts as one – and activate your Forced March ability to charge them straight into the centre of combat, driving them against a phalanx of spearmen. The spearmen, with their long piercing weapons, will be especially effective against your beasts, able to deal huge damage against them. On top of this, your speedy advance may have left you without support. You have to be mindful of where your allies are in relation to you at all times so as not to find yourself in the thick of battle with your grey, wrinkly flanks exposed.

A more effective tactic I found for my Carthaginian troops was to wait for my allies to engage the main bulk of the enemy force and then to charge my elephants at the enemies’ archers and siege weapons. Their additional speed meant that my elephants could easily run down the archers. And, if I wasn’t able to outright grind them into the dirt, I could at least keep them engaged long enough for allies to mop them up, or simply to keep them from firing on my troops. 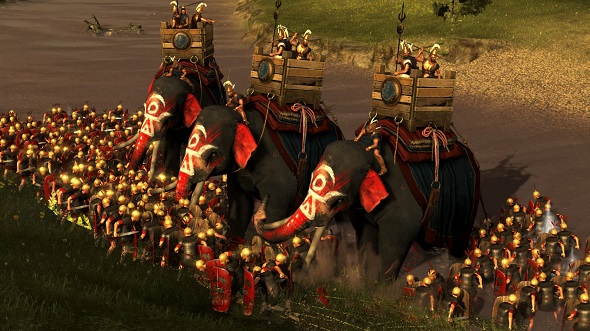 If your elephants are trapped by spearmen then they still have a chance to survive. You can order your elephants to stomp and gore the enemy around them, which can cause huge damage to enemies clustered around their feet.

Better still, elephants have a consumable called ‘Elephant Wine’ that you can pour down their gullets to up their stats for a short while. Though, it will leave them unreceptive to orders, naturally. When stuck in a hard place you can always bail yourself out by getting your leathery-skinned friends drunk, just like in real life.

Of course, Carthage aren’t just a new faction to play as, they are a new enemy to play against. As someone who likes to sit at the back of an army with a couple of trebuchet set up, guarded by a single unit of legionnaires, I found myself having to stare down charging beasts and fast-moving Carthaginian troops. Their speed on the battlefield makes them hard to hinder with the stones launched by siege engines. There is something quite terrifying about an elephant marching straight through the defensive stakes you’ve built, carving a gaping hole in your defences in its wake. 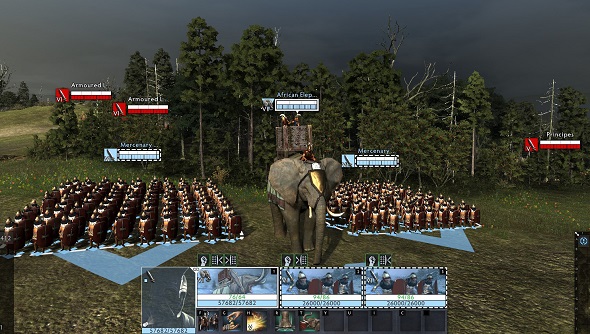 I had to play a much more cautious and mobile game, anticipating Carthaginian advances, getting my siege weapons dismantled and relocated before my emplacements could be overrun.

As Rich found when he played back in November, Creative Assembly have made something unlike any other strategy game with Total War: Arena. It is welcome news that it’s finally going to see an open beta, and the way CA are showing they can drop in new factions and commanders to change up the developing meta of their 10v10 tactical multiplayer game is exciting.