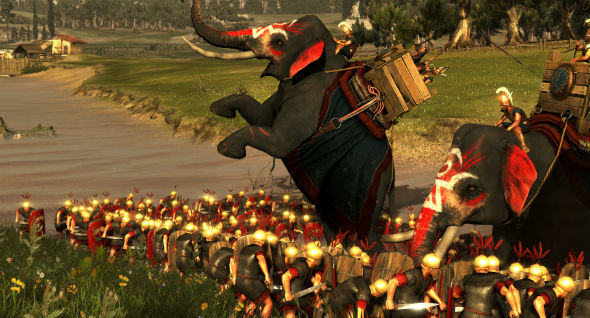 Creative Assembly have announced that on February 22 they are once again opening up the beta for Total War: Arena, allowing players to get to grips with the 10 v 10 multiplayer strategy game grudge match.

On the same day as the launch of the open beta, Creative are updating the client to 3.0, adding a tonne of new content to the game, including two Carthaginian commanders and, yes, elephants.

Naturally, Hannibal, the most famous of Carthage’s generals, is one of the commanders coming to Total War: Arena. The other is his less famous brother, Hasdrubal.

Along with the brothers is a new map, Teutoburg Forest, 30 new units, 21 consumables, and, the proverbial in the room, elephants. 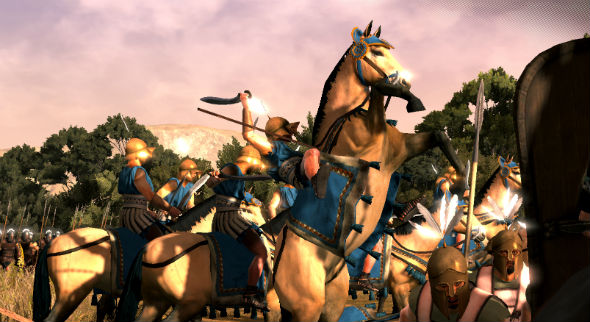 In Total War: Arena, players picks a faction – Roman, Greek, Carthaginian, or Barbarian – a commander, which determines what abilities they’ll have access to on the battlefield, and three units. Hannibal and Hasdrubal are all about speed. Hannibal’s abilities, for instance, allow him to force march his troops, increasing their speed at a cost of morale; Determination means his men can ignore the slowing effects of different terrain, such as mud or moving through densely wooded areas.

Hannibal’s final ability is less about speed and more about holding his ground once he has arrived at the battle. Ad Portas temporarily increases his troops’ attack and defense, so long as they stay in the same spot. So you’ve the tools to get into battle swiftly and then hold your ground until other players can catch you up.

These abilities are well-suited to Carthage’s elephant units. 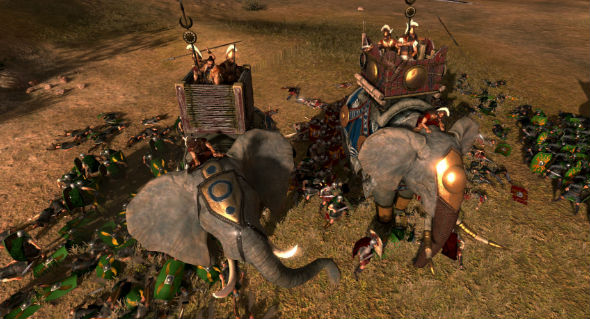 These great beasts are a terror on the battlefield. Surprisingly fast on their own but easily augmented with Forced March and Determination, an elephant can chase down most units and smash their formations. They have abilities such as stomp and gore, which are specifically designed to scatter troops trying to form a hardy defense. In the games I’ve played with them they act as a chaotic factor to break up the battle lines. Charging into infantry, elephants can force them to run and give ground.

Elephants have a huge health pool, allowing them to soak up hits from archers, swords, and javelins. However, they’re far from invincible. Presented with a spear phalanx, an elephant can be brought down in seconds. In one game I lost three elephants, my entire army, to a single formation of spearmen. 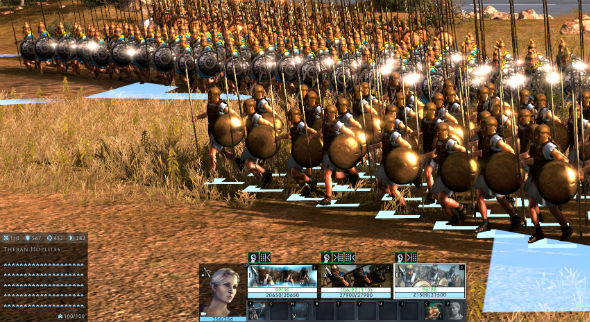 Carthage has other troops, too, pulled from different parts of Hannibal’s campaigns. Numidian cavalry and contingents of men armed with javelins give you tools to arm a fleet-footed army. The units are all about mobility and aggression.

More details of the open beta will be announced in the coming weeks.