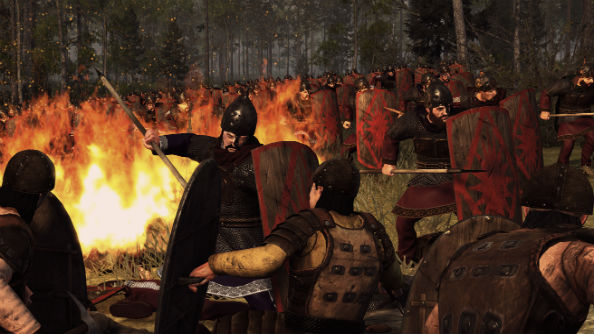 Total War: Attila’s newest expansion – the Slavic Nations Culture Pack – is closing in on a February 25 release. In an effort to promote the forthcoming update, developers The Creative Assembly have promised players the DLC free-of-charge, so long as you help their game to victory in Sega’s Make War Not Love 3 event.

If tinkering with tactics turns you on, then you’ll want to check out our list of best strategy games on PC.

Make War Not Love 3 is the third annual Relic versus Creative Assembly community event that’s gearing up for launch on Valentine’s Day. In both previous years, Company of Heroes 2 players have won Relic success and bragging rights, however this year sees Warhammer 40K: Dawn of War II marched into the fold for the first time.

Victory is marked by how much time you sink into your chosen game over the course of the event, therefore The Creative Assembly seem keen to reverse their fortunes this time round. To this end, Total War: Attila will be available at 75% off for the entirety of this year’s Make War Not Love, and will also be free from Thursday, February 18 and Saturday, February 20. Help them win, and the newly announced DLC will be yours for free.

The Slavic Nations Culture Pack brings with it three new playable factions – The Anteans, Sclavenians and Venedians, who all may be used in single or multiplayer campaign or battle modes. Check them out:

Whether you choose to take part in Make War Not Love 3 or not, Total War: Attila’s Slavic Nations Culture Pack is due for release on February 25.