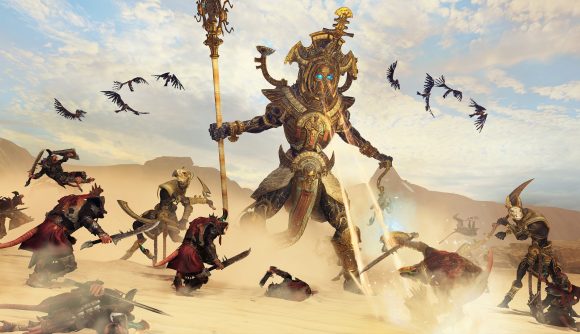 It’s Total War week over on Humble, as the store has launched a pile of deals on the venerable real-time tactics series. The sale includes some nice discounts on recent releases and dirt-cheap prices on older titles, as well as substantial savings on DLC and expansions across the catalogue.

You can get games like Total War: Attila, Total War: Empire, Total War: Napoleon, Total War: Medieval 2, Total War: Warhammer, and the Total War: Shogun 2 collection for discounts of 75% off. Most of the relevant DLC is priced a little less aggressively – discounts around 50%-66% off – but it marks a good opportunity to top off your collection of additional content. (Sorry, but no discounts on blood packs.)

More recent titles have also gotten notable discounts, as Total War: Three Kingdoms is 25% off, and Total War: Warhammer II is 66% off. No matter which games you’re interested in, the Humble purchases will get you Steam keys that you can redeem on Valve’s platform and use just as any other title in your Steam library.

You can head to the Humble Store to see all the deals for yourself.

For more strategy games, you know where to click. And for even more cost-effective gaming, check out our big ol’ lists of free PC games and free Steam games to help make the most of your gaming dollars. The Steam Summer Sale 2020 dates are coming in fast, so you might want to save a bit extra while you still can.