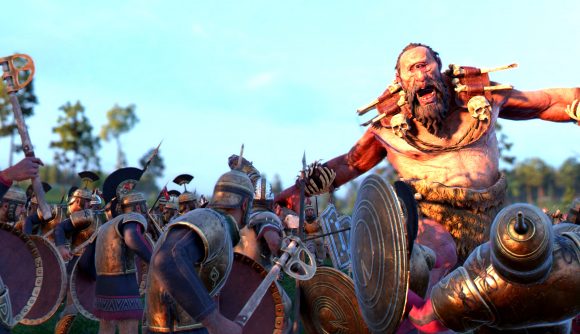 Total War Saga: Troy’s tenure as an Epic Games Store exclusive is coming to an end. The game is coming to Steam in September, and Creative Assembly plans for it to arrive in style. Along with the Steam release date, a new expansion called Mythos has been announced today along with a major free content update. Combined, the experimental Total War game will double down on both the fantasy and the historical elements in separate game modes.

The Mythos expansion leans into the mythological nature of the era by introducing new units, redesigning existing ones like the Centaurs to be more like their fantastical interpretations, as well offering three new ‘expeditions’ that will allow you to hunt down and tame famous legendary beasts: Cerberus, the Griffin, and the Hydra. Once tamed, you’ll be able to deploy these creatures on the campaign map and in battle. The gods have also been changed so they can have a more direct impact.

The free content update will change how supply and logistics work, as well as essentially introduce the equivalent of Total War: Three Kingdom’s ‘Records’ mode, which is more grounded in realism. The only major change mentioned so far is that hero units in Troy will now be accompanied by bodyguards – instead of being one-man armies – but more information is due to follow. The current ‘Truth Behind the Myth’ mode will also remain as a third option, according to the official FAQ.

Creative Assembly has been teasing the three legendary beasts across various trailers last week, but here’s the full announcement video for the Mythos expansion: 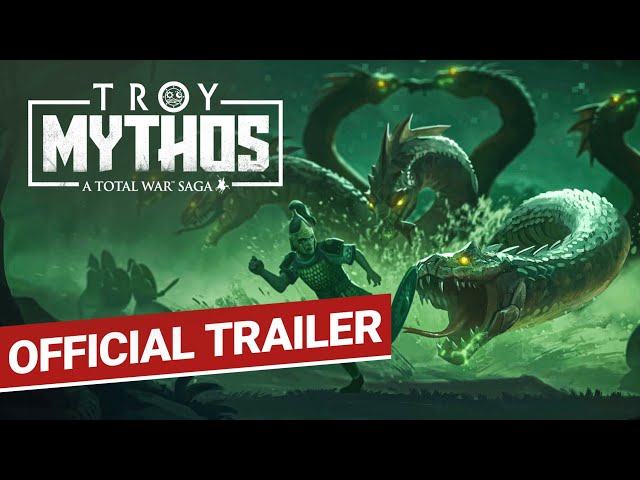 In terms of the Steam release in general, Creative Assembly will be bringing three different packages to Valve’s platform:

Until September 30, all three editions will be benefiting from a discount, from the base game’s 25% off through to the Heroic edition’s 40% discount. Pre-orders are available via the official Total War site, but not Steam directly although you can wishlist the game from today. You can find out more in a separate FAQ that covers the Steam release specifically. 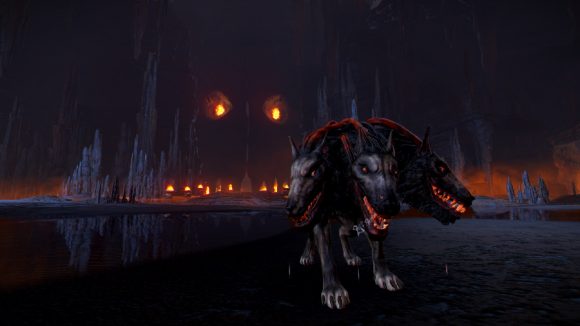 There’s an incredible amount to unpack here. Fans of Troy have been wondering if the studio would lean more in the myth/fantasy elements of the game, and it seems the Mythos expansion does just that. At the same time, we want to see what else the historical mode offers, as Three Kingdoms’ version of the two modes concept felt very understated.

It’s good that the original mode will remain in place as well – personally, I admired the studio’s attempt to go down a route similar to that of the 2014 film Hercules, which plays around with the concept of ‘myths’ and what they could mean in reality. Creative Assembly has previously reported that Troy was downloaded 7.5 million times on its first day on the Epic Games Store, so we’ll see what the Steam release does for the game’s popularity.

Total War Saga: Troy – Mythos, as well as the Steam version in general, will release on September 2.