The bitterness in Lü Bu’s voice is palpable when, caught between three of Cao Cao’s armies at the start of his A World Betrayed campaign, he’s forced to give up the city of Chen to the manipulative warlord. Retreat, clearly, is not something the storied warrior is accustomed to. This is still a Lü Bu retreat, however, so he doesn’t neglect to utterly decimate Cao Cao’s flanking force on his way north to regroup. Cao Cao, wisely, doesn’t pursue.

In both a clever send up of Total War tradition and a showcase of both Lü Bu’s new faction mechanics, the first turn doesn’t end there, however. After crushing a force led Xiahou Dun, opting to maintain momentum refills Lü Bu’s movement points – at the cost of a battle fatigue penalty – allowing the army to steamroll into a force led by Xiahou Yuan. Victory here grants the ‘Cousins in Arms’ trophy in Lü Bu’s ‘Greatest Warrior’ cabinet – the first of a set of permanent bonuses you’ll acquire by hunting down and defeating China’s most notable characters in battle.

For example, felling Guan Yu gives Lü Bu’s army 25% armour piercing melee damage, while defeating all three of the sworn brothers will grant immunity to fear and terror. These buffs add to Lü Bu’s character as a roving headhunter, and some hefty prestige bonuses let your faction grow faster than it otherwise would. Characteristically, these glorious victories with Lü Bu at the head is also where the troubles start.

Each battle won with Lü Bu’s army grants factors prestige, but the more of a legendary anime murder bastard he becomes, the more your own generals start to feel a bit left out, and the more the rest of China wants you dead. Each Lü Bu victory leads to further dissatisfaction among your own generals, and diplomatic penalties with all other factions. The prestige granted by battles leads to accelerated faction ranking, which can mean your faction being viewed as a notable threat before you’ve really had time to establish a stable economy. Ultimately, it’s a powder keg, rather than the slow burning oils of economy and diplomacy, that fuel Lü Bu’s ascendancy. Expect a rapid, violent, and unstable rise to power. 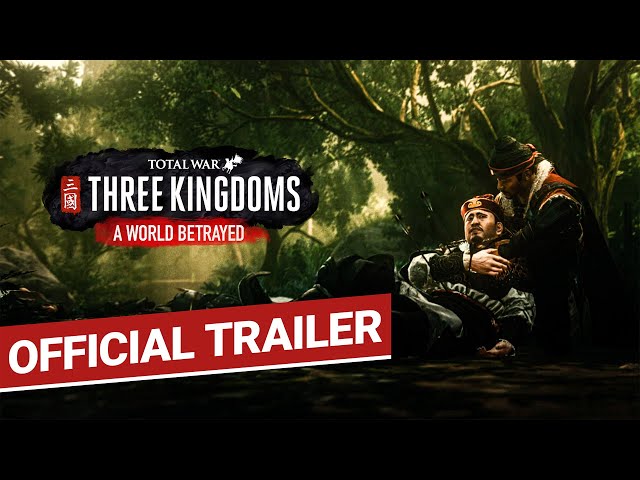 Sun Ce’s campaign is labelled a ‘hard’ start to Lü Bu’s normal, but I found it easier to get a stable foothold – evening out about 50 turns in after an admittedly tumultuous start. Much like Lü Bu’s campaign, Sun Ce’s opening feels extremely rich and dynamic from a story perspective, offering a few huge choices early on which allow you to tailor the direction of your campaign. Sun Ce begins vassalised to the initially mighty Yuan Shu. You’ll have a few short turns to prepare yourself before, if you want to follow the story, rebelling against your liege lord.

For more cunning plans: check out the best strategy games on PC

It’s here you’ll be using Sun Ce’s unique faction mechanic, Reckless Luck, to help you beat a swift retreat across the Yangtze. Starting at a maximum of 250, Reckless Luck grants extra campaign movement range, extra supplies, and decreased retinue upkeep, but it also decays at an initial rate of 10 per turn. To reflect his existence on a knife’s edge, Sun Ce himself will die if Reckless luck ever drops to zero. 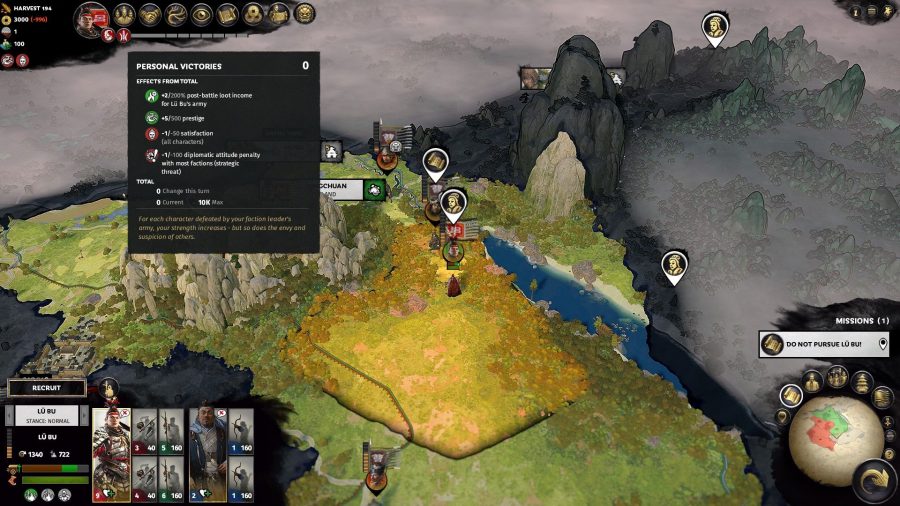 To counter this decay, and eventually get it to permanently increase, you’ll need to complete ‘Legacy of Wu’ objectives. These are achievements, effectively, which usually involve taking certain provinces or having certain generals at certain ranks. To aid you in that department, Sun Ce also has access to ‘shared expertise’ – a resource generated by characters of rank three or higher, which can then be spent to grant experience to other characters.

Reckless luck, in theory, should compel a dynamic, aggressive style of play. In practise, the goals needed to nullify the luck decay generally involve taking the provinces that make geographical sense for you to take anyway, along with a few other goals I feel most players would arrive upon naturally. It’s a difficult balance, surely. Make the goals too obtuse, and it would be too frustrating to attempt to keep Sun Ce alive. As they are, these goals serve more to lead Sun Ce’s early campaign in a foregone direction, adding structure and story but limiting freedom. As a result, his campaign feels rich and busy initially, before settling into a fairly standard experience, albeit with the new bandit lord Yan Baihu to contend with in the south.

Of the new units, Lü Bu’s camp crushers stand out, primarily for having absolutely massive swords in a game previously home to mainly lesser, regularly sized swords. On Sun Ce’s side, the new Handmaid Guard assault cavalry are extremely useful for decimating enemy missile lines. This is especially pronounced since shock cavalry are now much squishier in the face of prolonged missile fire, thanks to the huge patch that coincides with the release of A World Betrayed. 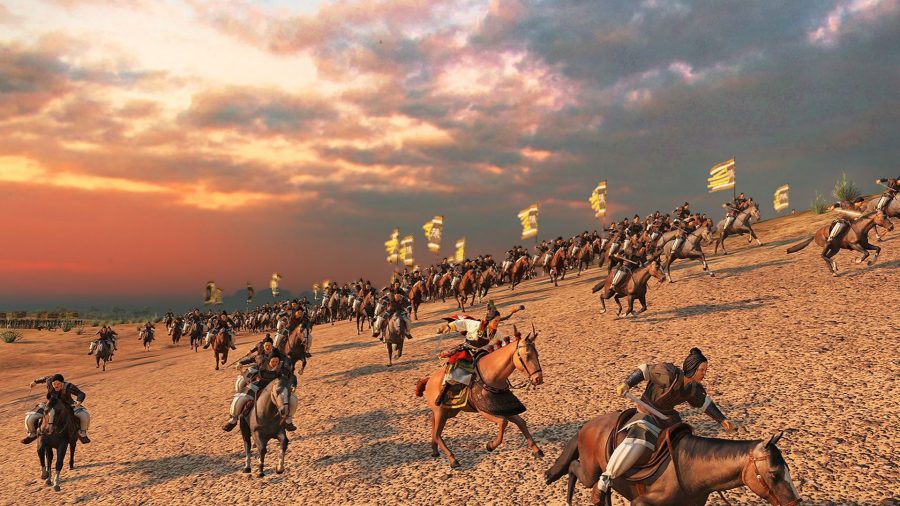 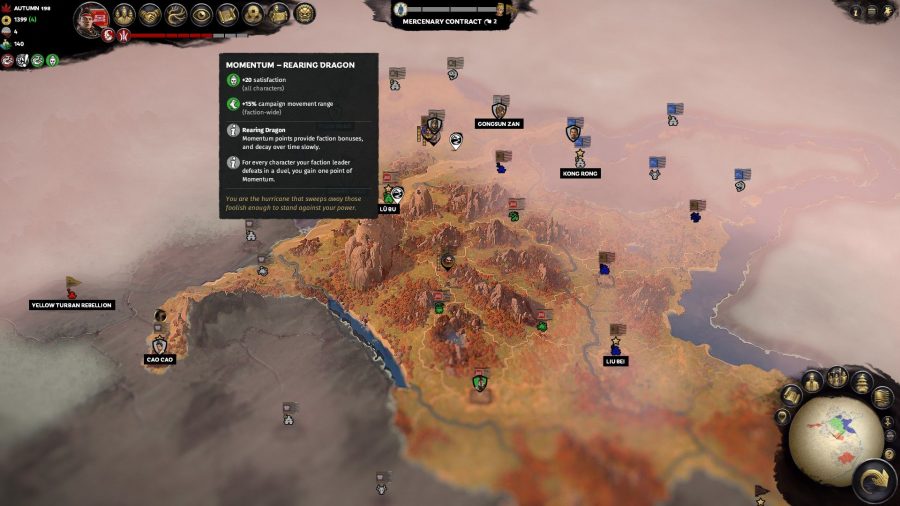 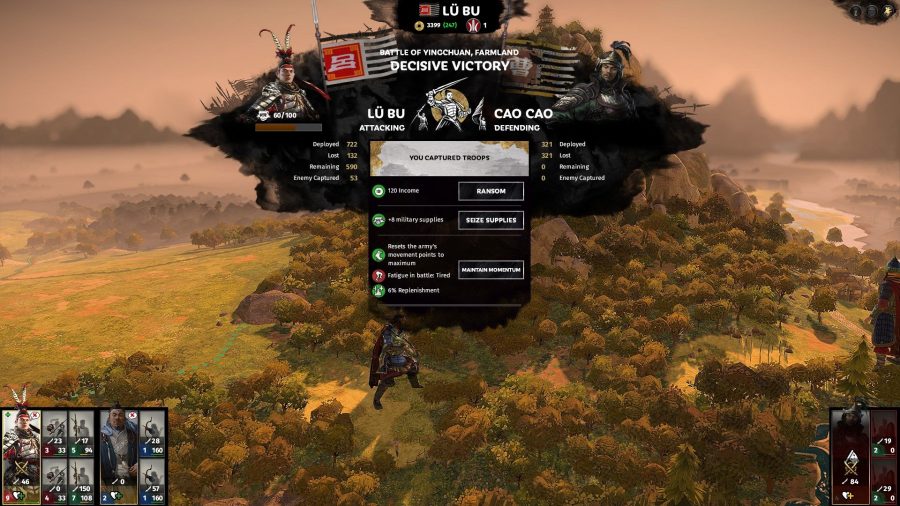 With the concurrent patch bringing such significant changes to bandit factions, the repopulation of the southern part of the map, and various other reworks and balances, it’s hard not to see A World Betrayed as a paid component of a much larger overhaul, rather than something that stands on its own in quite the way Mandate of Heaven did.

Picking it up, then, becomes a much more attractive proposition when seen as supporting CA’s diligent iteration on an already great title, than as an especially fantastic DLC in its own right. Taken in tandem, though, they further stoke the embers of Three Kingdoms’ conflict before they’d even really had time to cool down, adding further depth and dynamism to the richest and most complex campaign gameplay Total War has ever offered.

While the starring wayward sons of A World Betrayed offer flavourful and dynamic new campaigns, neither quite manages to leave the shadow of the dramatically different playstyles in the Mandate of Heaven DLC.