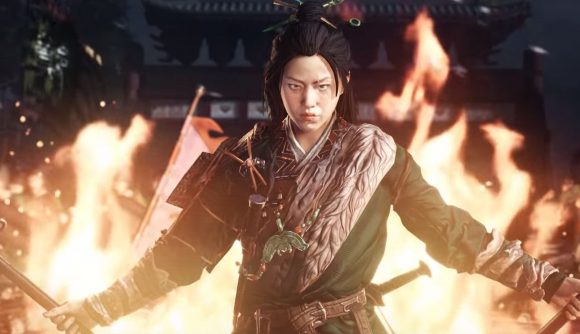 June 19, 2019 Despite some obstacles, Three Kingdoms is fighting off a lot of competition.

Total War: Three Kingdoms was May’s third best-selling game. While that detail might not be a huge deal in itself, when you consider exactly what Creative Assembly was working against, it’s a pretty impressive feat.

According to a report from market research analysts The NPD Group, the strategy game, which is set in ancient China, came in third in a list of the 20 best-selling titles of the month, (including both physical and digital sales) across all platforms. Mortal Kombat 11 topped that list for the second month in a row, making it the top seller of 2019 so far, but Three Kingdoms wasn’t too far behind.

Spots two and three on the chart were taken up by platform exclusives, with the PS4’s Days Gone sneaking into second place ahead of the PC-only strategy game. For a PC game to get so high up this list is pretty good, but it’s even better when you consider how much longer its competitors had to rack up their sales.

Days Gone and Mortal Kombat released towards the end of April, while Three Kingdoms came out with just eight days to go before the end of May. To be approaching the top of the charts, especially at the same time as the launch of an iconic franchise, is a solid effort. May was otherwise a little barren for major releases, although Creative Assembly did beat out Rage 2, and also saw off competition from games like Minecraft, Red Dead Redemption 2, and Grand Theft Auto V.

We already knew that Total War: Three Kingdoms sales were off to a strong start, with more than one million copies sold in that first week, and the second-biggest Steam launch of 2019. It’s possible that some of those sales have been driven by an increased interest from China, but it also sounds like Three Kingdoms is a very good Total War title in its own right.