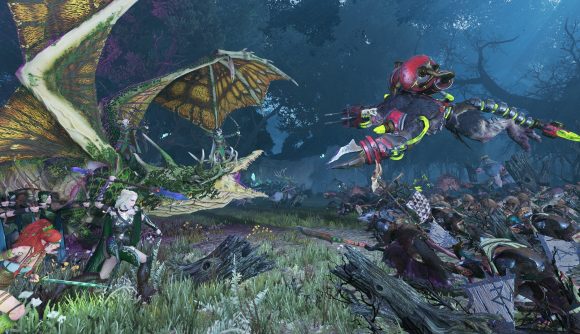 We were speculating only yesterday about what a cryptic teaser could mean regarding the upcoming Warhammer 2 Wood Elves expansion. Seems we didn’t actually have long to wait, because Creative Assembly has just announced the next Total War: Warhammer 2 DLC in the form of The Twisted & The Twilight Lords Pack.

The two new factions will come with their own mini-campaigns featuring unique mechanics and missions, and will be playable in both the Eye of the Vortex and the Mortal Empires game modes. Across the two newcomers are an additional nine unit types – including Elf knights on giant stags and Mutant rat ogres – and six regiments of renown. Throt’s unique mechanic is the Flesh Laboratory, which allows you to grow, augment, and change existing units or grow brand-new ones. Those ratmen with spoons for hands not doing it for you? Recycle them for parts and start again!

The sisters meanwhile have the Forge of Daith. As you progress through their campaign, you’ll be confronted with a series of incidents or dilemmas that can grant you access to this legendary forge, facilitating the creation of powerful new items (or, upgrading existing Daith creations). 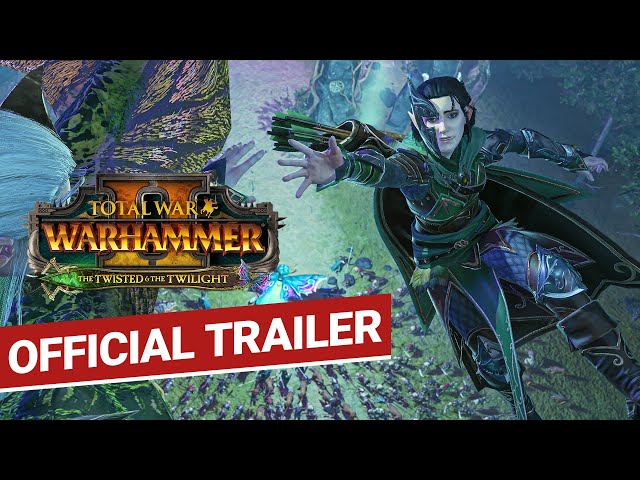 The expansion will also come with a free update to the Wood Elves faction in the Old World, which will introduce quality of life improvements, unit balancing, and more. Amber is no longer a universal cost – instead it’s only used in connection with eight new techs that will get added to the game. Wood Elves can also instantly transport armies between forest regions using a Travel Deeproots ability.

Finally, their goal to heal the forests of the Warhammer world has been re-worked; new forest regions have been added in both the Old World and the New World in Mortal Empires, and healing forests can be done in stages, with a final ritual for a permanent fix. These healing rituals will bestow unique bonuses, including generating Amber. 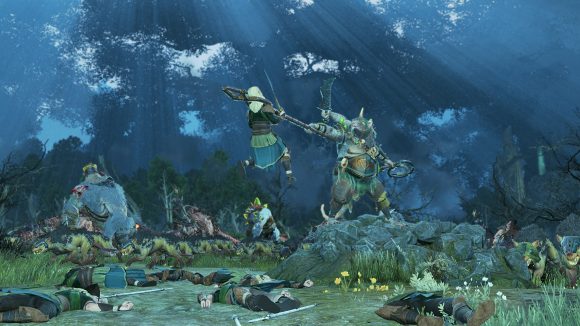 While the update is free and has tweaks for a variety of factions, the majority of it targets the Wood Elves, which means you need to own Total War: Warhammer and the Realm of the Wood Elves DLC.

Accompanying this expansion will be a separate new piece of free content that will add a Skaven chieftain legendary hero and legendary lord Drycha, more details of which will be announced later.