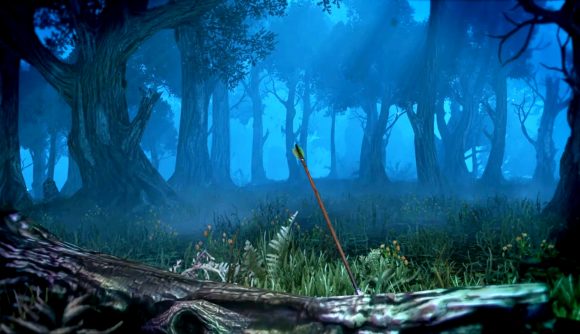 Nov 19, 2020 Details of the Wood Elves DLC and its release date have now been announced.

We’ve known for a while that the next Lord Pack for Total War: Warhammer 2 features the Wood Elves, and we know it’s due out sometime in December. Developer Creative Assembly has indicated that the new pack is nigh, with a teaser video showing only an arrow stuck in a log in the forest.

That’s it: for 45 seconds, we see an arrow with its head stuck in a downed tree, with the camera gradually pulling in and then back out. In the background, a stag gallops through the shrouded forest, and there’s the shimmer of the Winds of Magic off in the background on the right side of the frame.

There’s not even a title to go on; Creative Assembly uploaded the video to the Total War YouTube channel with ellipses in place of an actual name. But given what we’ve already heard in the past couple months, this is certainly a teaser for the coming Wood Elf Lord Pack DLC. There’s a bit of a complicated process for figuring out what you’ll be getting in this Lord Pack, and it’s dependent on how much Total Warhammer stuff you already own. Check our original Wood Elf DLC story for details.

In the meantime, here’s the cryptic trailer: 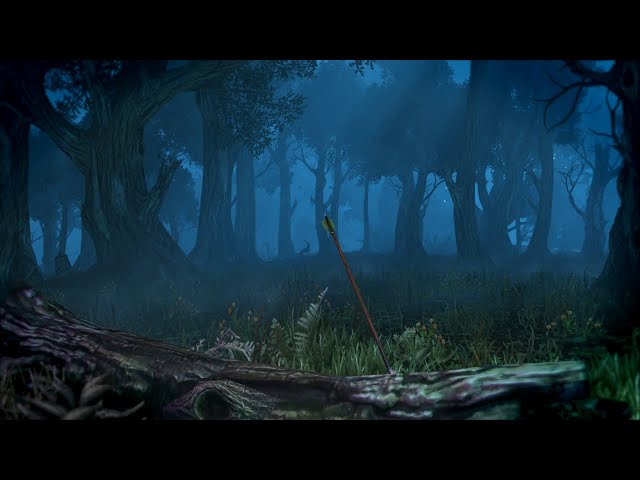 Our editor and Warhammer lore-scholar-in-residence Rich remains convinced that Queen Ariel will be one of the lords included in the pack, but there are at least three slots to fill – there’s a new free hero for all Warhammer 2 owners, the two new lords who headline the DLC, and a new free Legendary Lord for players who own the original Total Warhammer and its sequel, and who buy the new pack as well.

Total War: Warhammer 2 is one of our favourite strategy games – it’s certainly one of the best implementations of the Warhammer Fantasy license to appear on PC monitors. We’ll be interested to see how the Wood Elves slot into its Eye of the Vortex campaign.