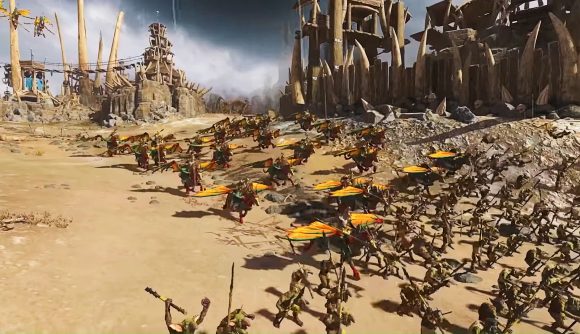 Back in June you may remember Creative Assembly published a large dev blog looking at changes that will be coming to tactical battles in Total War: Warhammer III. You’ll be pleased to know there’s even more coming, as the studio has released another update looking at various quality of life changes coming to the strategy game.

The headline change is that flying units have remembered that they also have perfectly serviceable legs, and they can now land if they want via a new on/off toggle for flyers. On a slightly more serious note, this does actually open up some decent tactical options for using aerial units, especially for flanking.

Joining this change is an array of new hotkeys, the Three Kingdoms formation mechanics, changes to healing effects, as well as new visual changes for things like bracing and health bars. You can also toggle a new option that will automatically put the game into half-speed when you’re firing off a spell, for extra precision. There seems to be just as many mechanical quality-of-life changes as there are visual ones.

Here’s a video from the studio showcasing some of the changes: 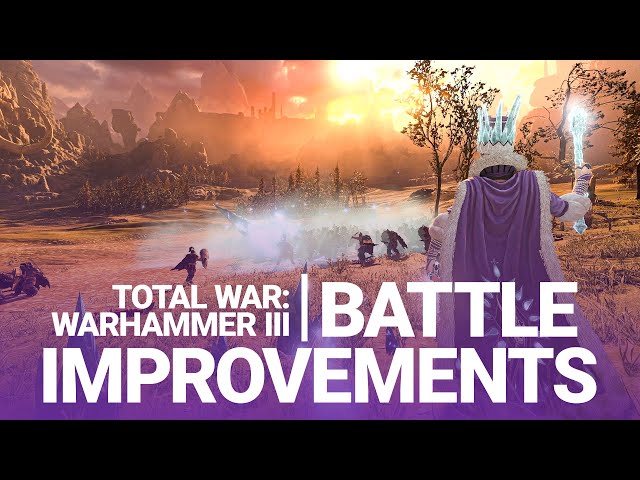 There have also been changes to custom battles. Subfactions are a thing of the past, and instead you pick a race and colour profile, with the latter all based on that race’s notable factions. You can also change unit size settings in the custom battle lobby, as well as search and filter maps, as well as tagging your favourites.