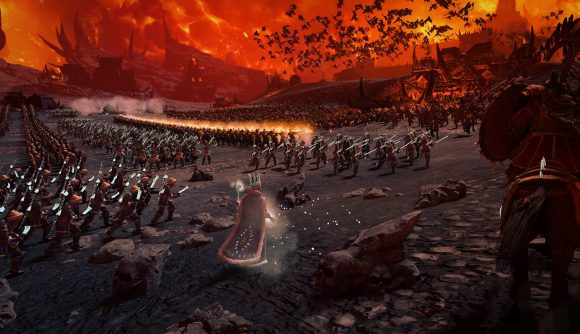 Total War: Warhammer III, while not being the end times, is going to be pretty apocalyptic as Kislev, Cathay and whoever else have to contend with not one, but four flavours of Chaos. We got a taste of this when we went hands-on with the new ‘survival’ battle type that was revealed last month.

Today, Creative Assembly released a blog post that goes into further detail regarding what changes are coming to tactical battles in general in the highly anticipated strategy game. There is a surprising amount of tweaks being applied to your run-of-the-mill engagements, also known as ‘standard’ battles.

In-battle resources – which in Warhammer II is a hard-coded system that’s only used by Dark Elf, Greenskin, and Tomb Kings factions – have been redesigned so that it’s a more flexible system, and this change is one of the main reasons it’s resources can be deployed in survival battles. All of the game’s new and existing abilities have been given a quality of life pass, which has allowed for cool new spells to be brought in for Warhammer III, and the changes don’t stop there.

Unit scaling has been reworked, as have single-entity units such as legendary lords and monstrous units. Single entities now have a ‘wounded’ state that will debuff them as they take more damage. 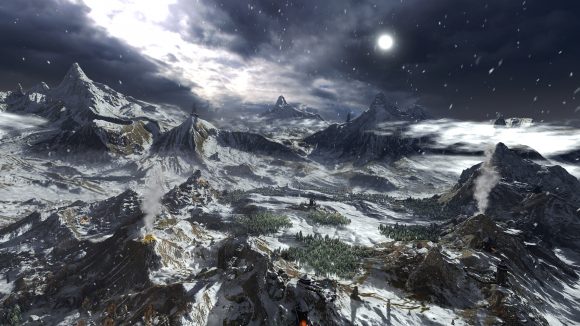 Chokepoints now have three crossings, and Three Kingdoms’ ‘withdraw’ feature has been introduced into ambush battles in Warhammer III. There are even big improvements coming to the auto-resolve feature, which will now tell you beforehand which units are likely to be lost.

The dev update also goes into detail about survival battles again, for anyone who wasn’t paying attention during the initial reveal. One new takeaway from this though is that Creative Assembly plans to make these playable in co-op, outside of the campaign.

Initially it seems you’ll only be able to use the races included in Warhammer III, but once the big combined map gets introduced, races from Warhammer I & II will also be able to take part in survival battles.

A future blog will go into details regarding the new ‘minor settlement’ battles, as well as Warhammer III’s answer to better siege battles. Total War: Warhammer III is due out on PC via Steam later this year.