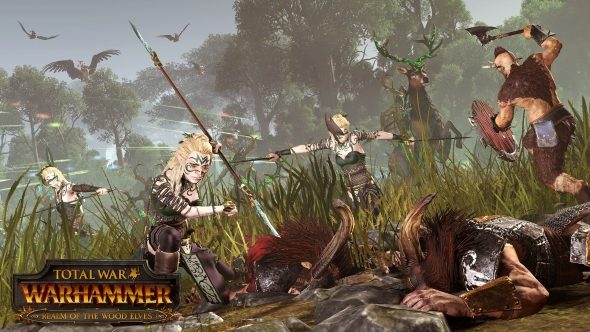 Creative Assembly have just released a bunch of teases for their upcoming in-game content, as well as for future releases in the Total War series. Among the teases, they revealed that they’re releasing a new race in Total War: Warhammer before the sequel comes out.

For more grand tactical decisions, check our list of the best strategy games.

In the blog, Creative Assembly say they’ve settled on a brand new Race Pack to release. “No, it’s not Kislev (sorry!),” they say, “but the New Content team have got some rather unique gameplay mechanics for this new Race, and it will come with a small update to the main game and a Free-LC drop. This particular Free-LC will benefit not only main game owners, but also DLC owners too this time.”

So there’s a new race and it will land alongside some free content. As for those unique mechanics, I was chatting to our resident Warhammer expert, Rich, and he says it could be the Dogs of War, from the fifth edition of the tabletop game. These are a ragtag army of Estalian and Tilean mercenaries, so they would play like no other, being a mix of different races. With the Warhammer 2 reveal trailer featuring a rat, the Skaven are pretty clearly coming in the sequel, so it’s not them.

Of course, this is all speculation – we’re excited to see what it ends up being. There’s also another content drop coming, called “Old Friend.” “I know there’s some excitement,” say Creative Assembly, “but it’s just a small thing that we wanted to do. Think along the lines of the Blood Knight Free-LC, rather than lords or anything. Not saying it’s a unit specifically, but that sort of scale addition to the game.” 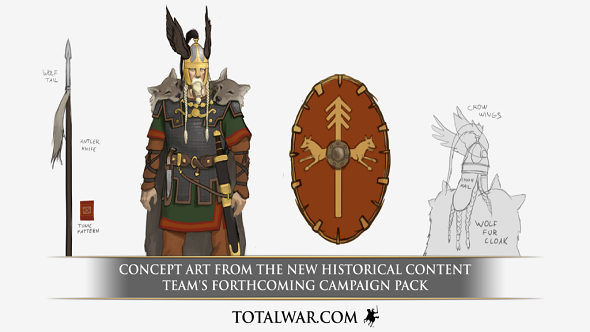 A little research shows that these helmets were worn by ancient Celtic, Germanic, and Viking warriors. It’s the mark of a barbarian warrior, essentially, or the ancient Norse gods.

Lastly, work is continuing on a new historical Total War game. “Development on the next major historical release continues apace, with the team focusing on some fantastic UI and environmental work recently to capture the mood of this unique setting, that we’ve yet to explore in any previous Total War game,” say Creative Assembly.

Our Rich thinks the game will be set during WW1, and I reckon it will focus on the Chinese Three Kingdoms, mainly because of the focus on diplomacy. We’ve made a bet and there’s an entire pint of beer on the line.

“Other areas that are progressing nicely are the important character relations that occur between the major personalities in the game,” say Creative Assembly. “Now the designers can start modelling the various interactions and gameplay impacts the proposed features will have. Elsewhere, the campaign map is starting to come together in some new and visually exciting ways. Obviously, it will help set the tone and immersion for the whole game, and the artists have done an incredible job in realising the style we’re going for.”