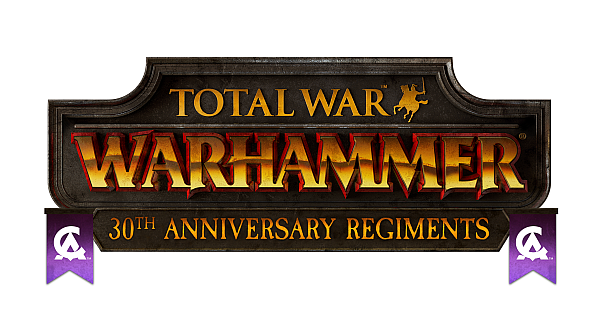 Total War: Warhammer is getting 30 ‘Regiments of Renown’ to celebrate developers Creative Assembly’s 30th birthday, and they’ll be entirely free.

Excited for the sequel? Here’s everything we know so far about Total War: Warhammer 2.

Regiments of Renown are a Warhammer-esque spin on a concept that’s been common in previous Total War games: unique, elite versions of existing units with a neat twist and a hard recruitment limit, often differentiated by a reskin. It’s like the difference between Coldstream Guards and unnamed Guards or Line Infantry from Empire: Total War.

With the arrival of our ‘Old Friend’ Krell last month, the Regiments of Renown are the final injection of over a year’s worth of free DLC for Total War: Warhammer (unless CA announce more).

The new units will reinforce five races: Bretonnia, the Beastmen, Chaos, the Wood Elves, and the forthcoming Norscans. They’ll go live on August 10 – the same date as the Norsca DLC. Here’s the full list: 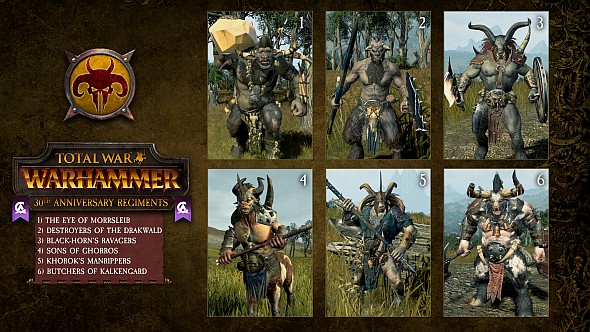 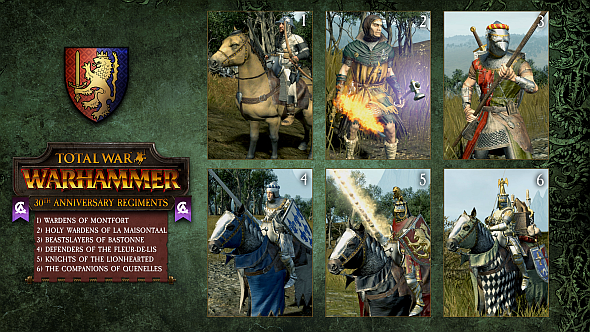 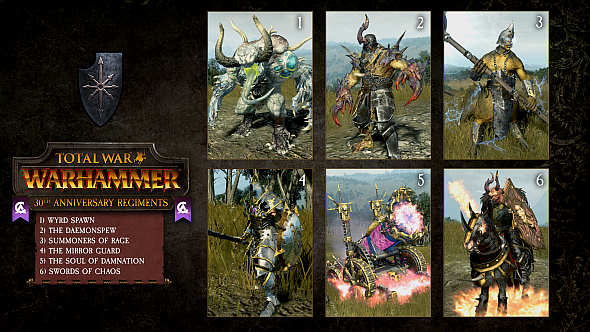 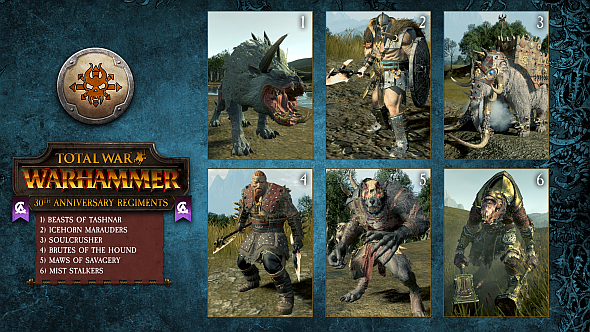 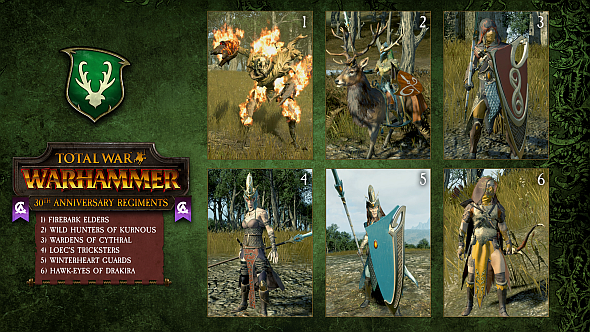 You’ll need a Total War Access account to claim the new units, but they’re free to register. You can learn more on the Total War blog, or tune in to the Total War Twitch channel in an hour (15:00 BST, 07:00 Pacific) to see the regiments unveiled in video form.

Happy 30th birthday to CA, one of the UK’s largest developers. In an update, they say they’re working on eight major projects, four of which are unannounced.