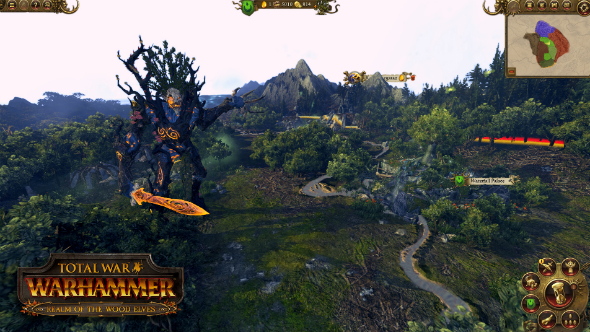 Well, would you look at that. As well as a bunch of free stuff and some new DLC, Total War: Warhammer’s as cheap on Steam as it ever has been.

If you like your games with plenty of scheming, check out the best strategy games on PC.

For a little on how the latest faction plays, watch our video:

Original story December 8, 2016:Forget rushing to your calendar for a tiny, misshapen chocolate, today’s advent treat is the release of the Realm of the Wood Elves DLC for Total War: Warhammer. You know, because nothing says Christmas like stamping Dwarves to death as a giant tree. To mark the occasion Creative Assembly have released a new gameplay trailer that sums up what you’ll be doing as the Wood Elves, from their new currency to the race’s Grand Campaign.

There are also some festive freebies coming to all players in the form of two new heroes, as well as a new Legendary Lord – Morghur the Shadowgave – and flying unit – Vicious Harpies – for owners of the Call of the Beastmen DLC. 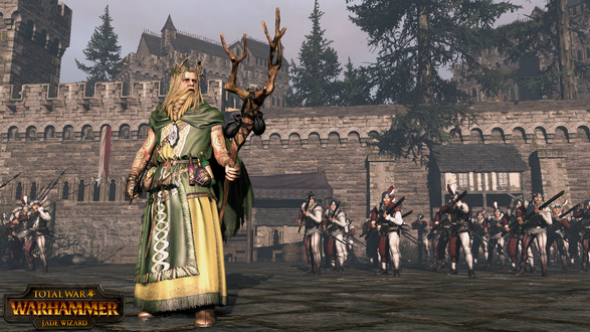 The two new free heroes are the Jade Wizard and Grey Wizard, who utilise the Lores of Life and Shadow respectively. All of these additional units will unlock alongside the Realm of the Wood Elves DLC. So whether you’ve just got the base game, or dabbled in its DLC with Call of the Beastmen, there’s good reason to jump back in today.