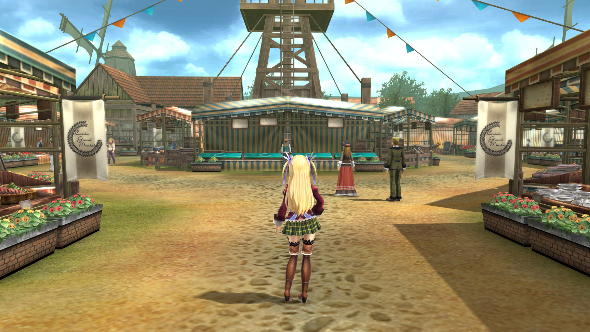 PlayStation 3 and PS Vita darling The Legend of Heroes: Trails of Cold Steel is finally making its way to PC this summer, in an enhanced port that features new voice-acted dialogue and better framerates.

If you fancy losing a few hundred hours, check out the best RPGs on PC.

PC publisher Xseed have announced via Steam that the game, which is a regular staple on ‘Best of’ lists for the PS Vita, will be heading over to Steam in July.

Set in the same continent as Trails in the Sky (which is already on PC, should you want to get a headstart), Trails of Cold Steel is a tactical JRPG known for its dense lore and large amount of dialogue. It’s also got more than a bit of Persona thrown into the mix, with the Combat Link system relying on you building a rapport with your teammates for combat advantages.

Up top you can see a comparison between the original PS3 version’s voice acting and the new, remastered and expanded version for PC. It looks cleaner and sounds far better, so here’s hoping this is a decent port in other ways, too.

With Trails of Cold Steel and the upcoming port of PS3/PS Vita strategy game Lost Dimension (which is excellent), this year’s looking to be pretty great for people who never picked up the little-handheld-that-couldn’t.