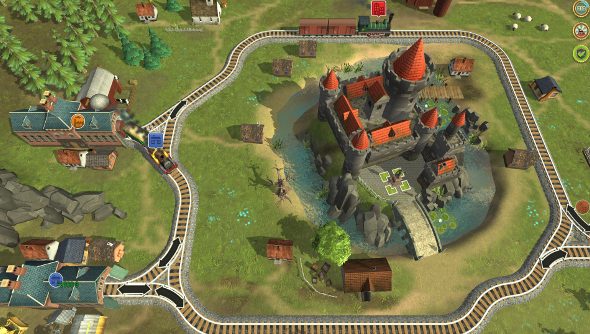 Trains are basically giant snakes that we, after paying for the privilege, devour us so we can be deposited in a new place. Instead of stomach acid, you’re more likely to find sticky floors and people who need to turn their music down, but that’s just as awful. I have an uneasy relationship with these steel serpents.

With that in mind, I’m probably not the sort of person who should ever be put in a position where I have to run a rail company. Maybe you are, though? Would you like to tame these strange creatures? Train Valley will let you do that.

A management game rather than a sim — it seems that most train games are one or the other, or both — Train Valley tasks players with plonking down tracks, managing railway traffic and making sure everything is nice and safe. You can manage trains and railroads in Europe, USA, Japan, USSR from 1830 to 2020.

Here’s what you’ll get up to if you fancy the job:

There’s a story mode featuring historical scenarios and a random mode, with games only taking about 20 minutes at most, while the sandbox mode removes time and money constraints.

Choo choo: Our guide to the best train games on PC

It also looks like someone’s tipped over a train enthusiast’s toy box.