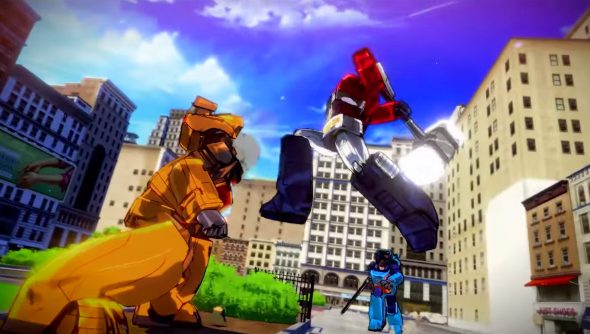 Transformers is bloody miserable these days. Giant monstrous machines moaning and fighting, it’s all doom and gloom and impending disaster. Even games that aren’t all that related to the awful Michael Bay films seem to have been smeared with grimdark nonsense.

But not anymore, it seems. Or, at least, it’s not the case for Transformers: Devastation, PlatinumGames’ take on the robots in disguise. It was leaked a wee while ago and shown off last night at E3, and it looks just lovely.

Now I remember what Transformers looked like! Big, blocky colourful cartoon robots. Legend of Korra aside, Platinum has proved, several times, that it’s able to match the exceptional style of their games with substance and refined action.

If the art style wasn’t a dead giveaway that Devastation has been inspired by the original cartoon, then the return of some of the original voice cast might. It’s delightfully divorced from the fun vacuum that is the live action flicks.

While it looks like the cartoon, the combat is all Platinum: infinite combos, transforming mid-combo so you launch a vehicle attack, grabs, slams, counters and absurd, over the top bouts between brightly coloured robots. 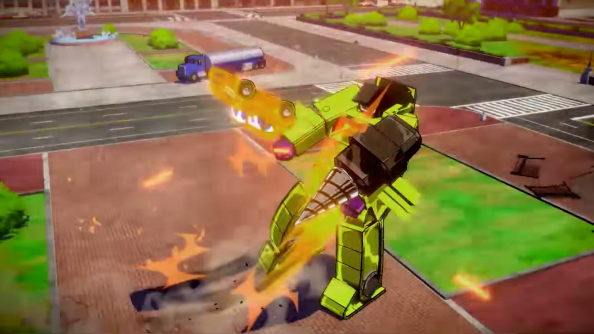