Chronicle, the strategy card game set in the RuneScape universe, is getting new features and a new solo campaign mode, and will be available on Mac after support for that platform was added in a recent update.

The Grand Vizier of the Legends’ Guild, Radimus Erkle, will set players a series of “perilous quests”, with the right to add his card to your deck as a final reward (presumably after a climactic battle). Trials of Radimus will be added to the game today, and will be free in its entirety to all players.

It’s a card battler set in the world of a popular MMO, but it’s nothing like Hearthstone. Here’s what you need to know about Chronicle.

In Chronicle: RuneScape Legends, players experience RuneScape’s world of Gielinor via the medium of a magical book, and – in a clever twist – play cards against their own character (or “Legend”) to craft a personal adventure. As well as the new campaign mode, Trials of Radimus adds a global friends and chat system, and “new dynamic chapter environments”. 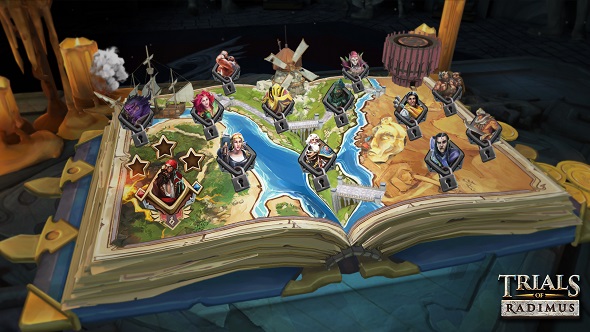 Those nodes you see on the image above, of which there are 13, are the eponymous Trials. Each Trial has three Stars to collect, meaning 39 Challenges in total to complete. The Trials will take place all over Gielinor, from familiar locales such as Misthalin and Morytania to a brand new environment: the piracy-ridden yet idyllic archipelago of Karamja. In a clear hint that this is but the first of many such expansions, Developer Jagex say that future solo campaigns may have “an entry fee”, but confirm again that the Trials will be free to all players. 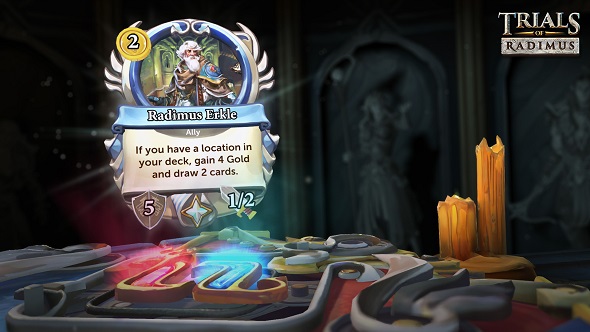 The addition of a solo campaign imitates a trend in card battlers such as Hearthstone, whose campaigns have been very successful, and Gwent, which is due to launch with a solo mode. “We’ve been planning on giving players a solo campaign mode for quite some time, so we’re really excited to see how they perform in the Trials,” says James Sweatman, the lead designer on Chronicle.

Sweatman also enthuses about bringing the game to Mac. “The addition of Mac support is something we’ve been asked for since our summer launch, so it’s great to be able to open the Chronicle to more players. We’ve worked hard to ensure that Chronicle: RuneScape Legends is the complete CCG package.”