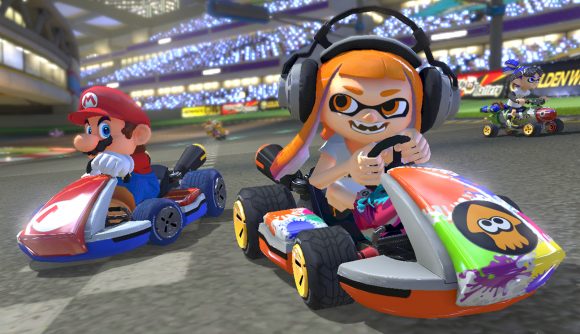 Article 13 is an upcoming change to EU copyright law which would limit the sharing the copyrighted media across online services. In the most basic terms, it would make hosting services legally responsible for any copyright violations which occur on their platforms. Twitch argues that this would lead to clumsy content filters aimed specifically at EU residents. So the company’s hosting a stream alongside members of European Parliament to fight the measure.

Tomorrow – February 26 at 9:00 PST / 12:00 EST / 17:00 GMT – Julia Reda of Germany’s Pirate Party and Tiemo Wolken of the country’s Social Democratic Party will be part of a livestream hosted on Twitch’s official channel. They’ll play Mario Kart alongside established Twitch streamers – tweets from the legislators mention Pala and P4wnyhof – while discussing the ramifications of Article 13.

European Parliament has already voted in favour of Article 13, but a vote to confirm the measure’s final language is set to happen in March or April. This is the latest in Twitch’s repeated set of calls for the community to contact MEPs about Article 13.

“Twitch could be forced to impose filters and monitoring measures on all works uploaded by residents of the EU,” CEO Emmett Shear wrote in blog post back in December. “This means you would need to provide copyright ownership information, clearances, or take other steps to prove that you comply with thorny and complicated copyright laws.

“Creators would very likely have to contend with the false positives associated with such measures, and it would also limit what content we can make available to viewers in the EU.”

Twitch joins with groups like #SaveYourInternet and Create Refresh in opposing Article 13. Critics broadly suggest the law will be too wide-reaching to be fully enforceable, but it could still have serious effects on content creators in gaming and other fields.