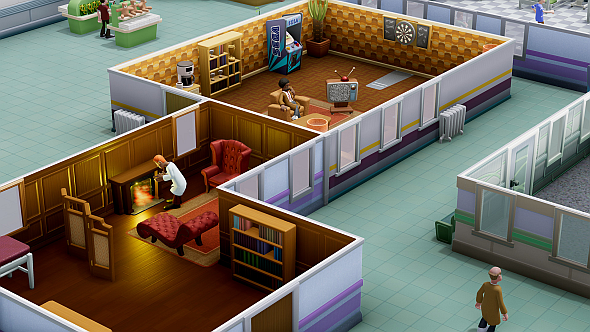 When we played the first level of Two Point Hospital’s alpha build back in April, all of its big features were in place and felt solid. But, as you’d expect from an alpha, it also felt sparse, opaque, and lacked polish. Three months later, the team at Two Point Studios is ready to show its hospital management game again, and have just announced a release date: August 30. It’s all tantalisingly close.

Seriously, think about it: your head turns into a light bulb and the treatment is to tear it off. That’s dark, right? What if Two Point Hospital were real?

PCGamesN: So what’s changed in the build since we the last got to see it?

Gary Carr: Quite a lot, really – we were alpha then, and we’re now in beta. We’re in the zone of not being able to make any excuses. We’ve got a finished game in the sense that all the features are there, we’re just in the bug fixing and polish phase. The whole game is playable all the way through, and there are no more features going in; it’s just going through the bug list really, and doing some refinements.

Mark Smart: From an art point of view as well, all the assets are in there, and all the levels are populated with the different regions.

PCGamesN: One of the main problems we had with the last build was readability. Treatment for a couple of diseases consistently failed, and we had no idea why, and we would mouse over the disease expecting a hint that didn’t come. Is this something you’ve been looking at?

Carr: It has come on leaps and bounds. In fact, UI has been the biggest area of improvement, and was the biggest thing we caveated [in the last build]. Please don’t judge the UI – it’s usually the last thing that comes together, because you’ve got to second guess what information people want. We had an initial draft of it and it’s definitely improved since then.

PCGamesN: Can you give any examples of improvements that have been made?

Carr: Quite often it’s the flow of information – it’s knowing what people are doing, and what information they need. So, with hover UI, we’ve got three levels of tooltip: the initial level is usually the interactive tooltip, which could give something like how bored someone is or how tired they are, and then you can mouse over that and get even more information. We’re trying to give you as much – without overwhelming you – as possible, depending how you deep you drill into it. 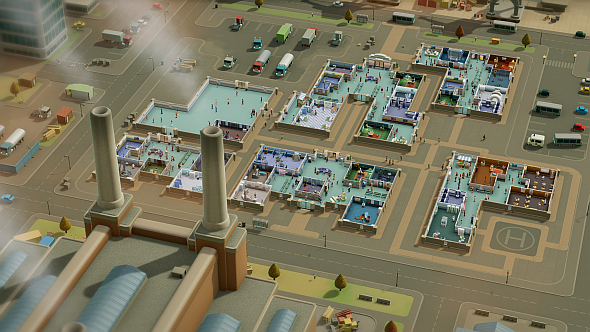 Initially, it seems quite easy to make the AI ‘un-techy’ – it looks sort of playful. We want you to be able to drill into that and get absolutely as much information as a simulation can [give you]. Logs, stats on the wellbeing of the characters – it’s all there, it’s just a question of giving it to the player in a palatable way.

In an ideal world, when making these games, you wouldn’t want any UI at all. Chris has done a lot of work on the visuals for that, especially on the [character] traits [of your patients and staff] – he’s been hooking up more and more visuals so you can get a real idea of ‘this person in this mood is meeting this person in this mood’, which could trigger something you may never have seen before.

Chris Knott: Ideally, you’d rather the majority of your gameplay was spent looking at what the little people are doing. We’ve tried to make how they’re feeling, and what you need to do about it, as obvious as it can be without having to have things shoved in your face constantly, because there’s nothing more annoying than being constantly poked. We also want the players to care about [their patients], so then it makes it more about you as a player following up and caring about your patients and being proactive about what’s wrong with them. 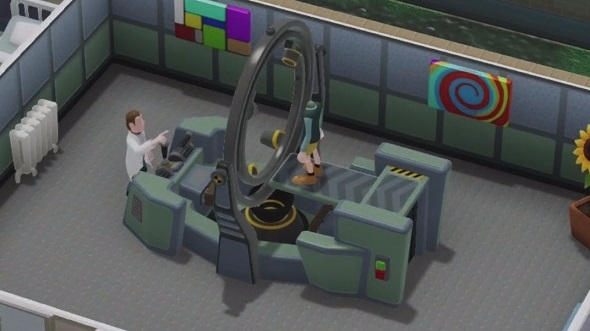 Carr: We want it to feel really natural and look like a little animated world of interesting things going on, not blotted by lots of UI poking above their heads or around them. But what we try to encourage is clicking on things, but some people will happily place things down and move things around and tire people, and they won’t get as much information because perhaps they don’t care about it as much. Whereas, if people want to absolutely see how they could gain this there’s a lot of UI that they can drill into to get the max out of it.

PCGamesN: You offered some cosmetic options, such as paintings, in the prior build, but the selection seemed limited. Has customisation been expanded at all?

Smart: We’ve improved the system of how you navigate [those options]. When [you] played there was just a massive long list of stuff – we’ve now got a better filter system which allows you to categorise all your items, and we have a nice filter that even suggests what pieces might be good to put in a corridor or a room, which helps those who aren’t too sure what to do. The ability to find things now – because we’ve got quite a lot of items – is a lot easier. Customisation is an ongoing thing we’re going to add to the game. We’re not going to overwhelm the player with our first drop, and make it ultimately user-generated.

PCGamesN: Will that ever extend to being able to change the carpets or wallpaper? We noticed each room has a particular colour scheme or theme.

Carr: That’s fixed at the moment but we’ll see in the future. Initially, we want to craft the experience, craft the simulation, and try to give our best guess as to what people want to do. But what you often find when releasing games in this genre is you may not get it right. You may find people really love something you didn’t really think [they would]. So we try and push more content in those areas if there is a demand for it. With all of this customisation stuff, we’ll see what really resonates with people. If people want more of it, we can do that. That’s not a problem.

Smart: Yeah, that’s always been in the back of our minds – user-generated content.

PCGamesN: On that point, is a scenario editor or a level editor something you’re considering?

Carr: I think with these things there’s a time to do them. You need to get a sense of your community first. So when we’ve released the game and we start to get feedback on what people would like, we’ll want to support that. And if it means user-generated content comes along at some point we would absolutely support that, if there’s a demand for it. If people wanted more customisation we would do that, for sure. 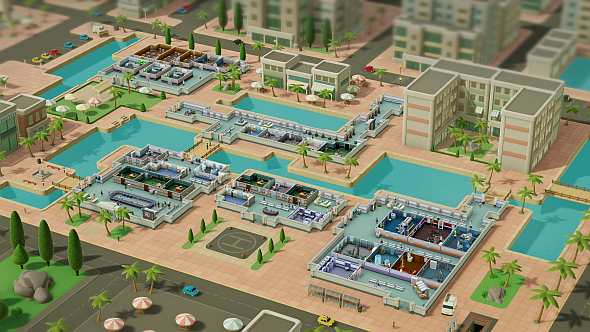 PCGamesN: Simulation games exist on a spectrum of complexity. Planet Coaster lets people make stunningly intricate parks but the trade-off is accessibility. It’s fairly clear where Two Point Hospital stands on that spectrum – what’s been your thinking there?

Knott: Accessibility has always been at the root of it, right from when you first do the tutorial. How you progress from there is kind of up to you – under the hood there’s a lot going on, so you can drill down into it, you can play it how you want, really.

Carr: And, on the building aspect, I think sometimes you have to be really careful. When we were still at Microsoft there were a couple of projects that were knocking around that we were aware of, and [from them learned that] players aren’t often comfortable with having total creative freedom. They need some guide rails and they want some kind of reward for what they’ve done. If people just want to build boxes and plonk things in the middle of the room, that doesn’t massively matter.

PCGamesN: How are you feeling as you approach release?

Carr: It’s amazing how much came together that went to our original plan. I think that’s come with experience – Chris, Mark, and myself have worked together for 20 years, so we don’t need to hold each other’s hands, and we trust each other to do things. So it’s not just a case of ‘oh, Chris has got another idea, he’s got to try and sell it to the team’ – he’ll just go and do it, and the same with Mark. We can let people go do what they’re good at.

And if we disagree, we deal with it like good gentlemen – in the car park [all laugh].