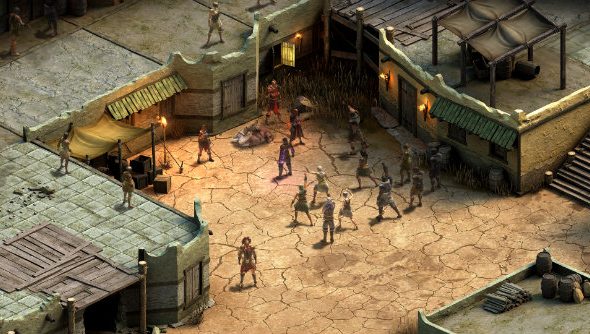 Will Tyranny join Pillars of Eternity in our list of PC’s best RPGs?

Tyranny takes place in a world where an invading army has marched into a new land and decimated the local populace, along with your help. In fact, you were a leader for one of the armies. Obsidian said they wanted to find out what choices players would make in a world where the battle between good and evil already played out – a battle that evil won.

“You are the judge and executioner of Kyros’ law, acting under the watchful eye of the Overlords Archon of Justice, Tunon the Adjudicator,” says the blurb on the official site. “Your words shape the lives of thousands. Will you use that power to bring justice and inspire loyalty? Or will you bring fear and cruelty to the beaten people of the Tiers?”

You are a Fatebinder, and your word is law, so you’ll basically stomp about the place like a fantasy-land Judge Dredd, deciding who lives and who dies, developing a reputation based on your deeds, and shaping the various factions, armies and lands within. It seems like more Pillars of Eternity goodness, but with even more decision making.

Have a watch of the debut trailer: