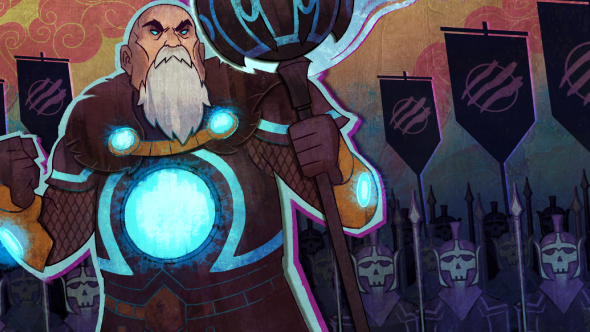 On November 9th last year, the US elected Donald Trump as their president. A day later, Obsidian released an RPG under the slogan: “Sometimes, evil wins.”

Related: everything we know about Pillars of Eternity II: Deadfire.

“The fate of a people does not always rest with a hero,” went Tyranny’s launch trailer. Far better than any hastily assembled election DLC, it captured the zeitgeist of gloom and terror that gripped much of the western world in the closing months of 2016.

However you feel about the election result, the resultant backlash has made clear that for many, Obsidian hit a parallel between real-world events and their game’s central theme.

But how did they do it? The truth is that the studio had no election grand plan: the timing was pure luck.

“I would be amazed if you found any development team whose release date at the point of conception was actually correct,” says Obsidian’s Josh Sawyer.

“I was not part of the Tyranny team, but I know for a fact that was not when it was originally supposed to ship.”

In fact, Tyranny’s launch date got moved around before it finally settled on November 10th.

“There are so many logistical issues with launching a game that there is no way that someone would go, ‘Hey, I just looked into a crystal ball and I see there’s a very contentious American presidential election coming up. We’re gonna launch right then.’

“That just happened. It was just a coincidence.”