To simply say Tyranny is a game about being evil, or doing evil deeds, would be inaccurate. It is, indeed, an RPG that places you on the side of bad and expects you to seriously consider committing mass genocide and smothering babies, but to let those shocking moments define it as a whole would betray the serious thinking it demands of you.

All that is to say Tyranny manages to be different than other RPGs. It’s intelligent and sophisticated in its approach to morality and murder – it is, you might say, beyond good and evil. The bigger point here? More Tyranny is a good thing, and today we are getting it with the expansion titled Bastard’s Wound.

Tyranny – Bastard’s Wound gives us an all-new section of the game’s world to explore. According to developers Obsidian, it’s centred on an illegal settlement filled with people who have fled the war. You go there to dish out punishments to these refugees. Yep, definitely the kind of complicated scenario Tyranny is all about.

While in this new area, you’ll be able to find out more about your companions as you go on quests that reveal their story. Bastard’s Wound also arrives with a free update to the base game, which includes new voice acting, an expanded third act, and a new ending. Plenty to check out, then. 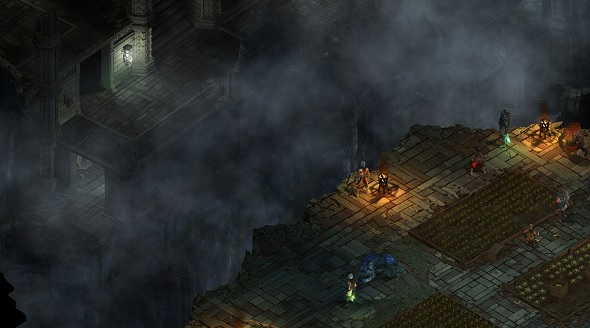 And we’re giving you the chance to jump into Tyranny and its Bastard’s Would expansion at no cost to you. Yep, we’re giving away ten Steam keys for Tyranny and the Bastard’s Wound DLC. That means, if you win, you’ll get all the content for free – and if you already own Tyranny then you can give the code to a friend so they can check it out. The giveaway is open now and will close at 17:00 BST tomorrow – so, if you win, expect your codes to arrive in time for the weekend!

To be in with a chance of being a winner you need to enter the giveaway via the widget below.Every action you complete is worth one entry into the giveaway, and the more actions you complete the more chance you’ll have of winning.We’ll also need your email address so we can send you a code upon winning – we won’t send you spam, we promise.