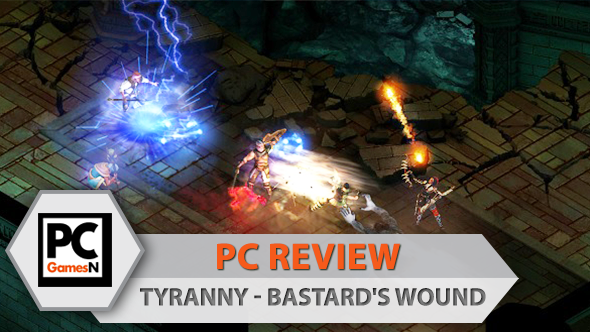 Tyranny’s abrupt ending left me wanting more of Obsidian’s villainous RPG. But modest sales convinced me that my days striding across the Tiers, judging peasants for my distant Overlord, were over. Then Bastard’s Wound was announced, promising a chance to return to that war-torn world. I should have stayed at home.

Wanna know what we thought of the base game? Check out our Tyranny review.

Instead of following through on what Tyranny sets up during its closing moments, Bastard’s Wound actually takes place before the final quest, and can be started during Act 2. It’s largely detached from the rest of the game, including the main quest, set as it is in a secret settlement hidden inside the forbidden Old Walls.

A vague missive draws the party to the titular region, where things quickly become a little bit conservative for what is normally a subversive game. It’s a town with problems, and you’re just the hero to solve them. That mostly involves delving into a dungeon below the Old Walls and fighting a bunch of monsters, mercenaries, and sick people. 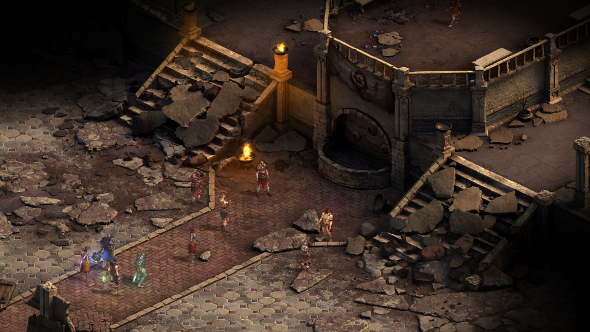 It’s a brief and conventional quest, though thankfully elevated by Obsidian’s slick writing and the option to play many shades of arsehole. Or you can be nice. Or pragmatic. What I’m saying is, despite the setup being pretty by-the-numbers, there’s still a lot of flexibility in how you can approach every conversation and potentially hostile encounter.

You can, for instance, immediately put the entire settlement to the sword since they’re breaking Kyros’s laws by living there. I opted to help out of the kindness of my heart… ok, I said I’d help because they paid me, and also because I was plotting to take over the settlement and start up my own little rogue state in the middle of the Tiers. Up yours, Kyros!

The expansion feels largely extraneous, though. It fleshes out the world a bit, adding some extra flavour to Kyros’s conquest of the Tiers, but it’s jarring going from world-shattering Fatebinder business to a random quest in a hole in a wall. The diversion seems very out of place when there are so many more important crises flaring up. Especially if, like me, you load up your old save. 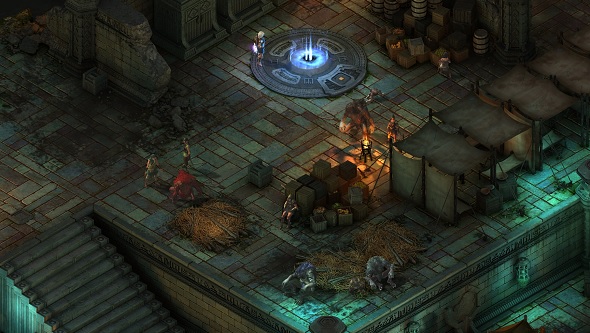 I embarked upon this adventure in a world where I’d already either killed or subjugated the other Archons and made my disdain for the Overlord quite clear. Momentous things were on the horizon. But Bastard’s Wound seems to ignore the state of the world entirely. Nerat, Ashe, and Tunon, for instance, are mentioned as if they’re still my superiors and breathing, and there’s curiously little said about any of the major plot moments that make up the rest of the game.

Unfortunately, I encountered some progress-halting bugs, too. Lantry’s companion quest ended before I actually finished it, leaving a conversation he said we needed to have unspoken. It turns out that, because I’d killed another character, Lantry was upset with me. This concluded the quest, but because of a bug, I had an entirely different exchange with him that implied I could continue it.

This also reveals another problem with Bastard’s Wound, though it’s a design one this time. When I got all stabby and upset my buddy, I was just acting like a Fatebinder – it was the only thing I could do at the time, aside from simply not doing anything at all. But that locked me out of the rest of the quest; a quest, I should add, that hinted at one of the few interesting implications about Kyros in the entire expansion. It feels a lot like being punished for being evil in a game about being evil. I’m fine with it going in a different direction because Lantry’s in a huff, but for it to end so unceremoniously was anticlimactic. Worse, it meant all the work I’d done beforehand was a waste of time. 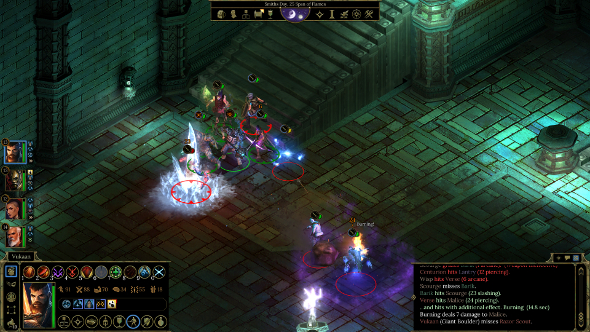 And what a pain in the arse the quest was, sending me down into a dungeon to search around for hidden objects that would only appear when Lantry got close to them. What would normally be just a dull piece of busywork became endlessly frustrating when I couldn’t find the last item because it wasn’t reacting to Lantry’s proximity. It did eventually, but only after I tried for hours, gave up, and left the task for a full day.

Yet this companion quest, and the other two for Verse and Barik, are the only reasons to play Bastard’s Wound. They feel connected to the rest of Tyranny by virtue of focusing on characters we’re already familiar with. Their connection to the hidden village, however, is tenuous at best, feeling more like quests that were cut from the main game.

It’s worth noting at this point that the Verse and Barik quests won’t even trigger if you play the expansion after Act 2, something I had to confirm with Obsidian since it is not made clear anywhere else. So if you were hoping to experience everything Bastard’s Wound has to offer with a pre-existing character, you had better have some old saves. 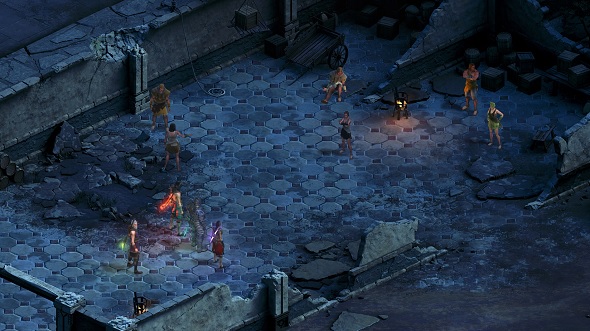 Hoping the bugs were behind me, I set about continuing the adventure, only to realise that my quest log was empty. At first, I assumed I had encountered yet another bug, but I’d actually finished the expansion. There was no fanfare, no closure, no indication that I was done at all. It is an even more abrupt ending than the one in the base game. I had performed a couple of tasks and wandered around an underground maze for a bit, and that was my lot. It certainly wasn’t enough time for me to give a hoot about any of the new characters who crop up, or their ramshackle village.

I sincerely hope this isn’t the last we will see of Tyranny, because – in its current state – it has ended with a whimper, absent of a single fight or NPC who could be characterised as memorable, or quests that would inspire anyone to start the game all over again. Obsidian’s dark RPG deserves a better expansion than Bastard’s Wound.