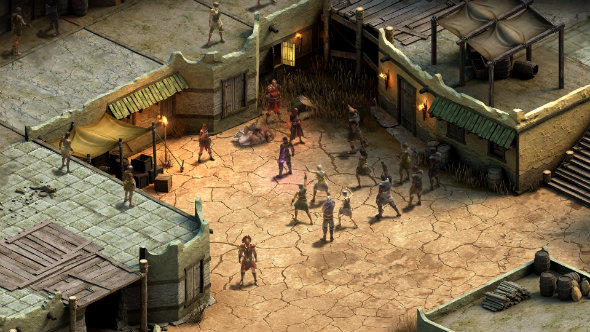 As we inch closer to the release of bad guy simulator RPG Tyranny, Obsidian are gradually revealing more and more about what sets it apart from their last superstar fantasy epic Pillars of Eternity. Aside from the fact that you play a, y’know, not particularly nice person, there are a few interesting systems at play that further increases the depth of the RPG template.

Need a great adventure to play now? Check out our favourite RPGs.

The big things to look out for in Tyranny are:

All too frequently mages can feel like one of the more neglected classes in RPGs, but Tyranny is building spellslingers in an interesting new way. “One of the things we’re doing differently in Tyranny is that you create your own spells by finding magical sigils in the world,” explains Brian Heins, game director on Tyranny. “So you start with a core sigil like fire, frost or lightning, and then decide how that magic type is going to express itself, whether it’s a long range bolt or a cone, like a great cone of flames, or a fireball.”

In the game’s spell creation menus, these are represented by a series of runes that are attached together. Further sigil runes can be added to modify the way in which spells deal damage, too: “You can actually create a magical fireball that leaves targets bleeding on the ground. [There are] a lot of different effects you can apply to customize and craft your own spells however you want,” says Heins.

In combat, these spells become visual feats as ice spikes erupt from the ground and waves of rippling energy tear across dungeons. It quickly becomes obvious that Tyranny is one of the best looking isometric games made since the classic RPG renaissance began. Your party consists of just four members this time, making it a little easier to appreciate each of their animations in the swirling melee.

That reduction from six-character parties was a remedy for the unnecessary levels of challenging management that Pillars required. “Since you only have four players in the party it’s much easier to keep track of what everybody’s doing and seeing, what their status is in combat, [instead of] trying to keep track of six people, plus summons, plus pets, plus everything else that can go on with a much larger party.” 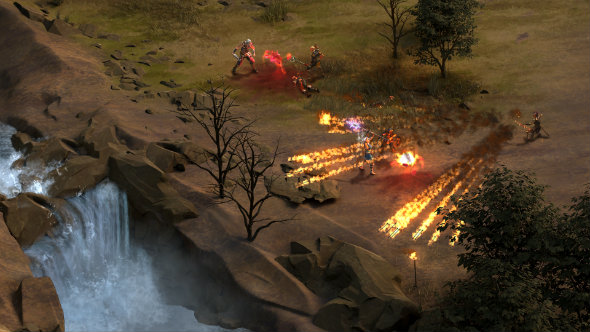 For players that find classic combat a barrier to entry, Tyranny’s party AI feels significantly more advanced than Pillars’, meaning they can intelligently fight their own battles and stay healthy without much input from players. If you’re a combat whiz though, don’t fret: complete control of every tiny action is still a path you can take.

One of the many things we associate with fantasy lore are legendary weapons, be they King Arthur’s Excalibur or Gandalf’s Glamdring. RPGs frequently have powerful named swords, but there never seems to be a reason for their fame. Tyranny is different: for a sword to become legendary, it needs to accomplish something.

“Artifacts are these legendary items, everybody talks about them,” reveals Heins. “Each one has their own reputation. So the more you use an artifact, the more it accomplishes great deeds, and the more legendary it becomes.” 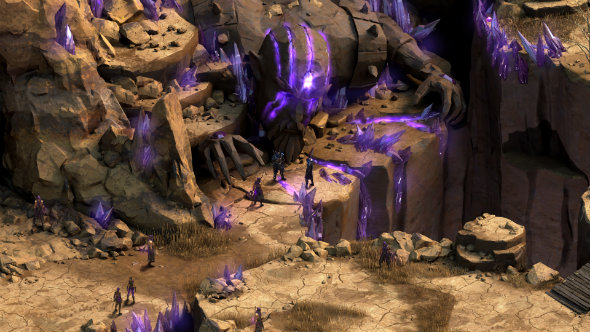 When you find an artifact weapon, the character who equips it gains access to a new ability, such as powerful debuffs or special attacks. Using the weapon builds a meter on its inventory page, and as that meter builds so does the weapon’s renown. The most renowned weapons in the realm are, naturally, powerful tools that will see your enemies fall harder and faster.

And you’ll want powerful weapons too, as there are going to be quite a few classic dungeon crawls full of monsters and bosses. “One of the things we tried to do is create our dungeon experiences as much more of a classic dungeon crawl experience with traps, with interesting encounters and creatures and lots of treasure and loot to go and find,” says Heins. “So they’re very deadly experiences in the game but the reward is well worth it.”

Obsidian are currently quietly confident in a 2016 release. And while we’ve still not seen a huge amount of its evil world, what we have seen of Tyranny so far is an exciting take on the intricacies of old-school RPG design. For anyone with a love of isometric raiding, Tyranny really needs to be on your watch list.