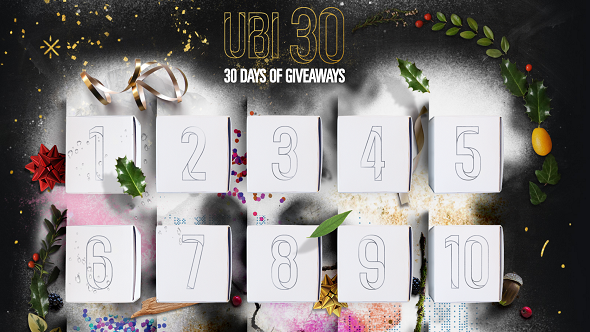 Ubisoft are continuing their generosity throughout 2016 by giving anyone with a Uplay account access to 30 days of giveaways, starting today. If you’ve got an account, there’s a digital advent calendar waiting for you to turn up and peel the doors back each day.

The 30 Days site is there if you want to open door number one while it’s still a surprise. I will warn you that it’s not a PC game today, though, just to temper your expectations.

“For the past 30 years, Ubisoft has been committed to creating original and memorable experiences for players,” Ubisoft said. “Fans and players have always been central to the success and evolution of Ubisoft, and this giveaway is a way for Ubisoft to say thank you to them.”

I have no idea what tomorrow’s contents are, but I do know there are PC games in there somewhere, since the site’s source code revealed the presents under each door when it first went up.

Ubisoft might well switch things up a little, but no doubt the games revealed will be in the rotation somewhere still. You will have to keep checking back, though, as some freebies are first-come, first-served.

There’s also a load of wallpapers, gifs and mobile games in there. If you want to know what’s in the entire thing, someone tweeted out an image of the source code before it was tweaked to hide the surprises.

If you missed it before, Ubisoft are also giving away Far Cry 3: Blood Dragon right now. Just head to the Ubi30 site to redeem.