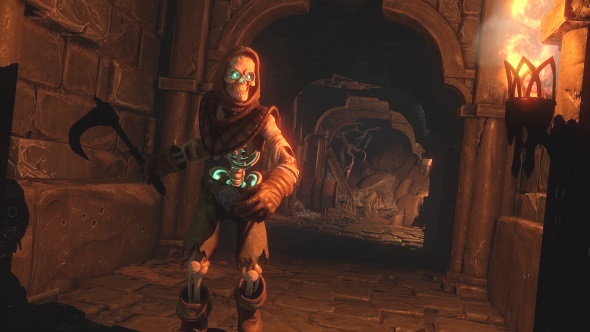 At first glance, Underworld Ascendant appears to be a doomed project. Immersive sims like it have proven to be a hard sell in recent years, with the likes of Dishonored 2, Prey, and Deus Ex: Mankind Divided failing to attract as large an audience as expected. Developers Otherside Entertainment believe they know the secret to making Underworld Ascendant work with clever, budget-savvy design, but are more than aware of the genre’s struggle. Recently, they opened up to us about the possible reasons behind the genre’s low sales figures, and why that doesn’t worry them.

A few of our picks of the best PC games are brilliant immersive sims.

“They’re not simple games to play all the time,” Tim Stellmach, lead designer of Underworld Ascendant, says of immersive sims. As a veteran developer of Looking Glass Studios, having worked on projects like System Shock 2 and Thief, he should know. “They can demand involvement and problem solving on the player’s part, and that takes a certain amount of commitment,” Stellmach adds. “Those are all elements that are a good thing for the experience that’s had by the players who do go in for it, but maybe those are elements that stand somewhat in the way of broader accessibility.”

Walter Somol, Otherside Entertainment’s VP of marketing and business development, makes a point of how failing to attain that broad accessibility can be unattractive for triple-A developers. “If [a project can’t] sell 100 million, or generate 100 million in revenue, a publisher may not look at games in this genre,” he says. 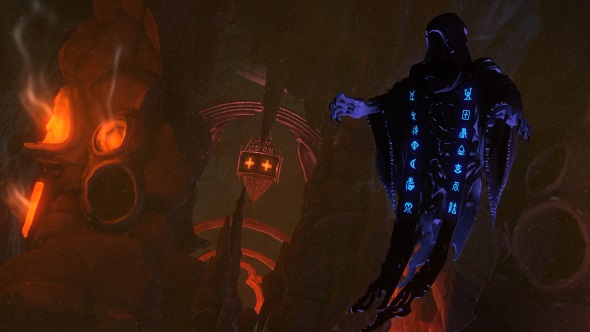 It’s an important situation to think about, especially when you consider how much it costs to make a triple-A immersive sim. For example, Raphael Colantonio, former president and co-creative director at Arkane Studios, recently tweeted that it took four days to create a chair in Dishonored 2 and Prey. When you consider how many assets are in an immersive sim, and how many rooms and environments that must be densely filled with such objects, you can already see how the costs of these games rack up, and why it’s vital that they make substantial revenue.

On Dishonored 2 and Prey it took 4 days to make a chair… 4 days! Granted it was a beautiful chair, and as much as I have enjoyed that phase of my career and my passion, now I want to work on games where making a chair takes no more than 2 hours.

Huge budget immersive sims are something David Anfossi, studio head at Eidos Montreal, is more than familiar with. Having worked on Deus Ex: Human Revolution, Thief, and Deus Ex: Mankind Divided, he’s witnessed a full range of critical and commercial hits and failures. The idea of what the genre offers being potentially too complicated for players was at the forefront of Eidos Montreal’s mind when developing Deus Ex.

“During the development we talked about how we can communicate a game that orders you to do whatever you want,” Anfossi says. “We were saying that you can tackle the obstacles the way you want, that you are free to play the way you want. There is nothing complicated around that, but it’s the contrary. When you say that you can do everything, [players] say ‘Oh no, it’s too complicated. I have to be able to master the acting, gunfights, stealth, social mechanics, and everything’. So it’s a bit of a paradox.”

Deus Ex: Mankind Divided allegedly had a $70 million budget, and so these audience concerns had to be taken into consideration. Underworld Ascendant, on the other hand, is operating with a much smaller bank account. This actually grants Otherside more freedom. 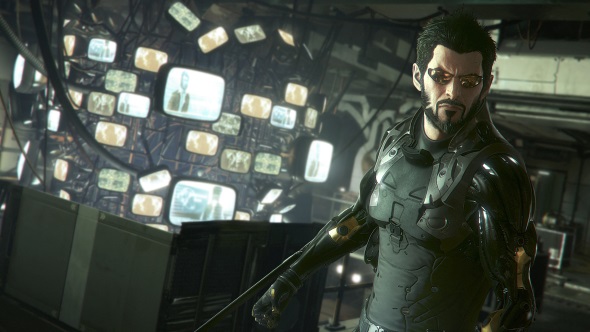 “As a smaller indie studio, it’s a space that we can play in that some of the big guys can’t,” Somol says. “We don’t need to sell Call of Duty, Assassin’s Creed, or World of Warcraft numbers. We’re built in a way where we can make something that it is commercially successful for us.”

As such, Otherside have been focusing on depth of mechanics, rather than creating a broad world with many environments as in Deus Ex and Thief. Underworld Ascendant’s fewer locations evolve over time, which not only works as an interesting mechanic, but an effective method of using fewer resources.

While they’re being careful with the budget, Otherside are not worried about finding an audience for Underworld Ascendant. Joe Fielder, the game’s writer and director, points out that there’s still a huge appetite for immersive sim design. “If you look at the new Zelda, it’s a game that has a lot of immersive sim elements, and I think it was fairly successful,” he says wryly.

“I think that in general there’s a really big opportunity for games that you can play multiple times and have a radically different experience,” he adds. “When working on BioShock Infinite, I spent six years on that game and the weekend after it came out the entire thing was on Twitch. It was really a game that has one way to play, whereas in our game it’s more of an everlasting gobstopper. We feel like things like Twitch could really help get the word out about that.” 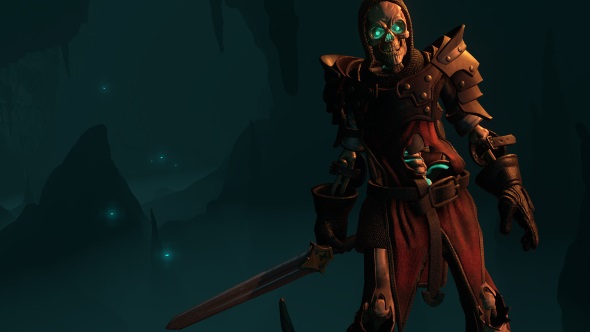 Stellmach agrees, and points out that things like Twitch can help immersive sims find new audiences long after the launch window, and thus encourage new sales. “One of the great things about the current environment in the games industry is that it is now much more possible for a game to be out there for long enough to communicate what kind of game it is,” he says. “You’re not limited to the few weeks that they would have left your game on store shelves in boxes back when that was a thing. So it is not like trying to make a big budget triple-A game in that respect, but it’s another way that we live in fortunate times.”

Somol believes that the right players will always find immersive sims eventually, but that your game must be tailored to the type of audience who will embrace it. “We like to think of this game as handcrafted; it’s kind of like we’re like the craft beer of videogames,” he laughs, before quickly pointing out that he hates the analogy. “There are people out there, and you can reach those audiences now. They’re looking for high-quality, crafted, lovingly made experiences, and maybe they don’t have to be the most mass-market games.”

Thief, Deus Ex: Mankind Divided, Dishonored 2, and Prey have all fallen victim to the industry’s insistence on blockbuster-level launch week sales, which in turn has painted a picture that these games have struggled to find audiences that justified their budgets. While long-term sales have shown that immersive sims can be strong slow-burners, all eyes are now on Underworld Ascendant to see if it can usher in a new, more budget-savvy era for the genre. With any luck, Otherside will be able to replicate the successes Larian have had with Divinity: Original Sin 2, proving that you can make a triple-A-beating experience with smart use of a more modest budget, and put to rest any murmerings that the immersive sim is dead for good.