Unreal Tournament is doing things differently. Do you know the difference between the alpha and beta stages of development? If you were to go by the hundreds of games in Steam Early Access, your view would be massively skewed. Unreal Tournament is doing things differently, because although you can download and play the game right now, it’s very much a work in progress. Maps don’t have textures, weapons aren’t properly animated, even elements of the game’s movement are being tweaked and added to all the time. Yet despite the game’s unfinished nature, it seems to be working.

Looking for some gunbang games that are actually finished? Check out the best first-person shooters on PC.

“It’s been really valuable,” says Epic Games lead designer Steve Polge on this new approach to development. “We have a very engaged and passionate community who have provided some amazingly high quality content and really useful feedback. Weapon balance, controls, and movement have all been hugely influenced by community feedback, including having the community creating prototypes to try out their ideas.” 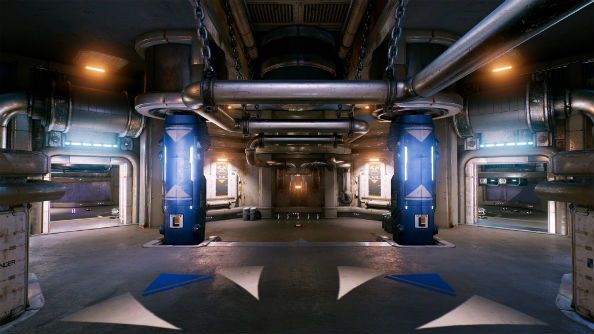 And yet, more than that, it’s the community behind Unreal Tournament that is really making the whole process happen. They’re not only playing and providing feedback, they’re also getting stuck in with the development themselves – making changes to the code, creating concept art and maps, and even weapon models. “We already have a lot of great community content being created,” adds Polge, “from maps to characters to classic mods like Chaos UT, to game types like Assault and Domination.”

This has been happening for months, and as progress continues one can’t help but wonder how Epic can maintain interest in a game released to the public so early in development, and how this will affect its future. “Our active player base has increased dramatically over the last 15 months as we’ve released new versions. We have more than ten times as many players today as we did initially.”

The reason for this is the continued release of more and more complete content, such as new maps with rigorously tested layouts, finalised designs and models, and all the minutiae in between. “New fully meshed maps are probably the single type of content that draws the most new players in,” agrees Polge. “ Other content like characters and new weapons and new features like the progression system and the replay system have helped keep players engaged as well.” 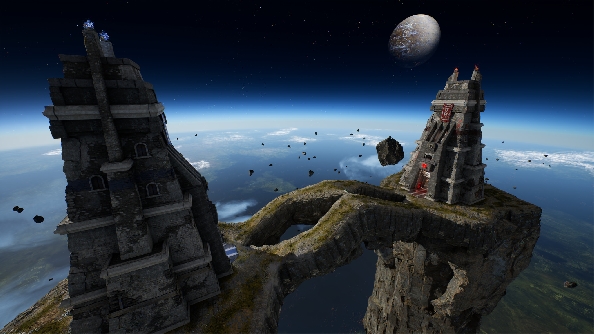 That progression system is of particular interest, since it ties into the new Unreal Tournament’s first ‘season’ – an experimental idea for the team that riffs on similar concepts seen in many e-sports games. It all ties into the natural evolution of the game, and how Epic are adapting it alongside requests from the community. “We are experimenting and learning about how – and whether – to fit progression into Unreal Tournament,” Polge states. “We wanted to see what resonated with our audience, and the pre-alpha season was a good way to present our experimental systems.

“Time-limited seasons are a good way to give players short term goals,” he continues, “and also work well for a game that is continually evolving like Unreal Tournament. The game will never be complete, but players will want to have a consistent competitive experience, which we can provide for each season.”

As part of this season the game was updated alongside a host of new features – from the remake of fan-favourite map Facing Worlds to the addition of a Halloween-themed in-game event. The latter had players gunning down pumpkins dotted around the game’s maps, with unlocks being awarded for a total at the end of the season. “It was amusing to see how many people became focused on pumpkin farming,” says Polge of the unexpected reaction to the jack-o’-lanterns, before adding that the whole thing was “just a fun experiment to see different ways we can engage our community.” 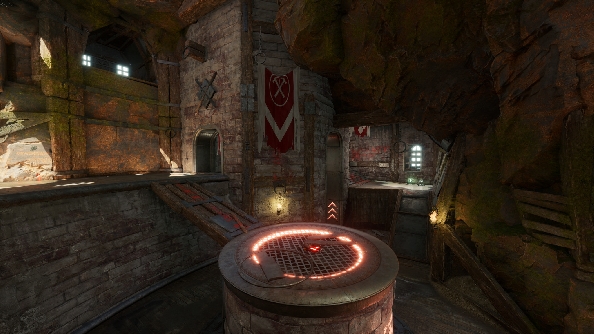 But such an idea is not original to Unreal Tournament. Sure, the method and execution was unique, but the idea of timed events is commonly seen in MOBAs and e-sports as a means of maintaining persistent interest. League Of Legends in particular regularly holds short events where rewards – depending on both an individual’s and a region’s participation – are doled out at the end. And that’s not to mention the various ranked seasons and ladders you can compete in across the genre.

“I don’t think UT is very different from these other games in terms of how a season can fit well,” says Polge. “The game will continue to evolve, but at the same time players will want a consistent competitive experience for a fixed period, culminating in some kind of tournament or championship.”

Highlighting the dynamically changing nature of this Unreal Tournament, Polge drew attention to the team’s efforts with the community. With so much feedback to work with and so many new assets being created, surely the process isn’t as smooth as if the game was being developed more traditionally? “It’s definitely been a learning process,” he admits. “And we are still continuing to try to improve how we work with the community. It’s a challenge to balance our own implementation progress with staying engaged with the community and really maximising their contributions.” 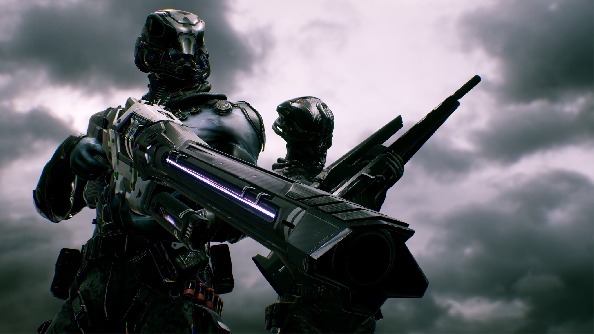 The result is this new breed of development, an evolutionary progress that relies as much on Epic’s balance between what it believes is important for the game and what its current userbase is demanding. “So far it has been a combination of building all the systems we know the game will need,”claims Polge, “while focusing as much as possible on the areas where the community is providing the most feedback and input. As we flesh out the game framework, the community response will drive our development more and more.”

And this will continue long into the game’s lifecycle. This is as much a platform for Epic as it is the next Unreal Tournament game, and though Polge hopes to have “all the key systems in place” within a year, that won’t mean the game is complete – perhaps it might never be. The real work comes in understanding when the mystical threshold has been crossed, and Epic Games can finally claim the game as ‘released’. 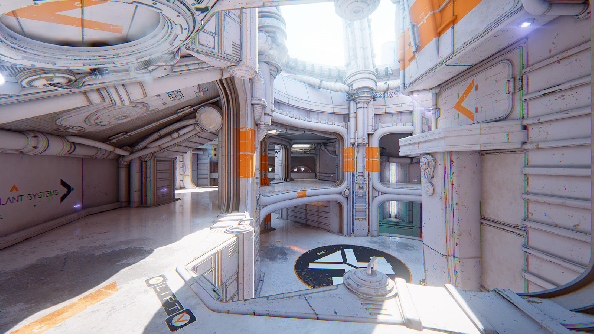 “We have a very engaged and passionate core of players,” says Polge, talking of the current playerbase, “but also have many players that are waiting for the game to be more complete and polished before getting involved. We do watch what piques the community’s interest to help guide our development, but at the same time we try to stay more focused on our long term vision rather than maximising player counts in the short term.

“Probably the biggest challenge right now is that we have a small, very skilled online community,” he adds, “so it can be difficult to try to compete in multiplayer as a new player.” To help with this Epic added beginner-only hubs, a basic training mode to introduce the movement mechanics and even offline challenges to help newcomers learn the game and improve their skills.

Despite all this, Polge believes “we need to continue refining the new player experience, and do a better job of showing them how much fun Unreal Tournament can be,” if they’re ever to bolster that small but dedicated group of fans. Whether or not they can do that, well… that’s all in the evolutionary process.