Okay fine, maybe I’m just a little itty bitty bit bitter because I’m not getting any cards or roses (or attention) this year – give a girl a break. We all like a single rose and sweet note here or there, don’t we? And how about all those lovely meals everyone will be eating while I’m stuck over here with a cheesy jacket potato and a glass of discounted Rioja? Actually that does sound pretty delicious but I’ve still got no one to share it with.

You know what? I’ve had it! Instead of wallowing in self-pity and being a sad-sack, I’m going to play some videogames, and if you’re single af like me, here are some you can play too. 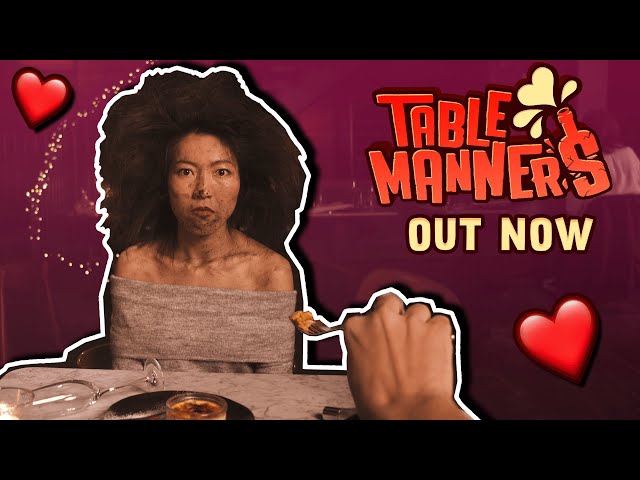 I’ve talked about Table Manners before – in my February games you shouldn’t miss list – as a great way to go on a date as a hand. Just a hand. It feels exactly like the sort of game I should be playing on Valentine’s Day because it’s out today and because I get to go on Tinder dates without spending too much money or getting out of my pyjamas. It’s up to you to help these funny phalanges to pour drinks, present food, light candles, and more on your date, trying to get them to like you. Table Manners looks delightfully silly so check out the Steam page if you want to know more. 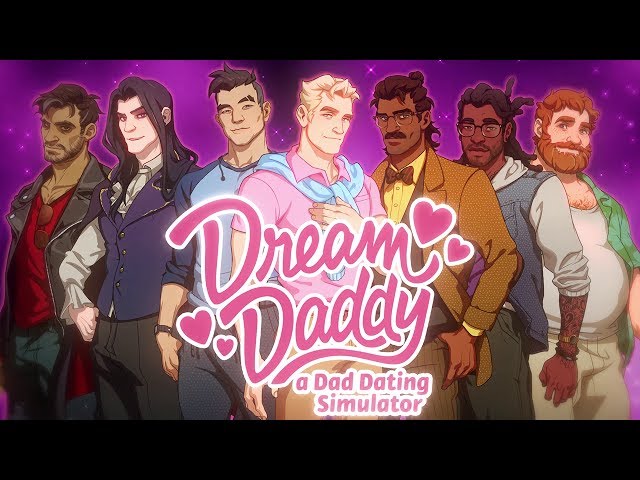 See, I’m a big fan of the Game Grumps – have been for a while now. So when I heard that the team had made a game about dating dads, I was super stoked. Dream Daddy is a dating simulator which is super-duper gay and gorgeous. You play as a dad in a new neighbourhood looking to fit in, and then BOOM, all these beautiful men appear around you. You simply have no choice but to go and date them! It’s simple, it’s fun, there are a wide range of men to date and it’s a great distraction from the fact that I’m painfully alone! Here’s the Steam page if you want to know more. 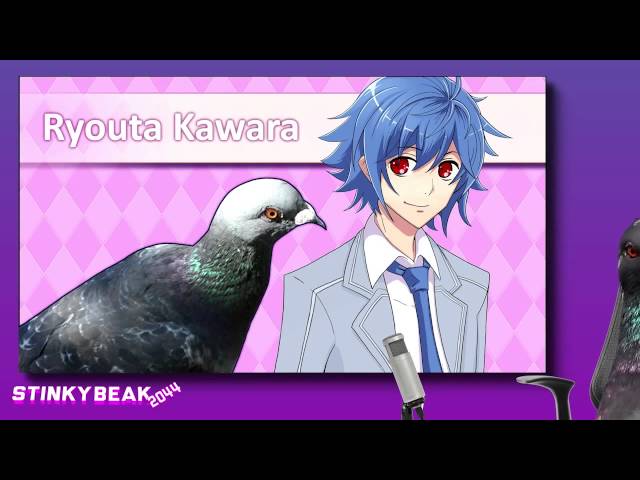 But what if you’re sick of plain, old regular dating? I mean people that are [insert gender] are all [insert gender stereotype] right? There are plenty of fish in the sea – except how about we change that to birds in the sky? In Hatoful Boyfriend you’re a dude who’s the only human accepted into the prestigious St PigeoNation’s Institute, a school whose entire student body is made of birds. And you date the birds. That’s it. That’s the game. I’m not sure what more you’d want from a dating game, but if you’re not yet convinced by the beaky beauty and humour of Hatoful Boyfriend, you can go to the Steam page to explore further. 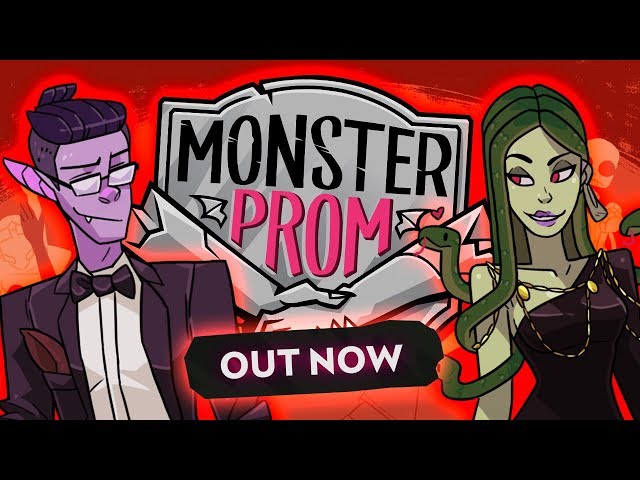 Okay, okay – you might not be into our feathery friends. I get it. Chicks can be, y’know, chicks. Instead, why not transfer to a new school and start dating a monster? Monster Prom is where you can do just that. Play as one of four characters in their quest to woo and romance some despicable (in all the right ways) high school students. Go to class, go to lunch, accidentally start doomsday situations, it’s up to you! With a bunch of DLC added since its release, Monster Prom is a great game to replay over and over by yourself, so you don’t have to think about the fact that meeting new people and dating is far harder when you leave education. No biggie. Here’s the Steam page. 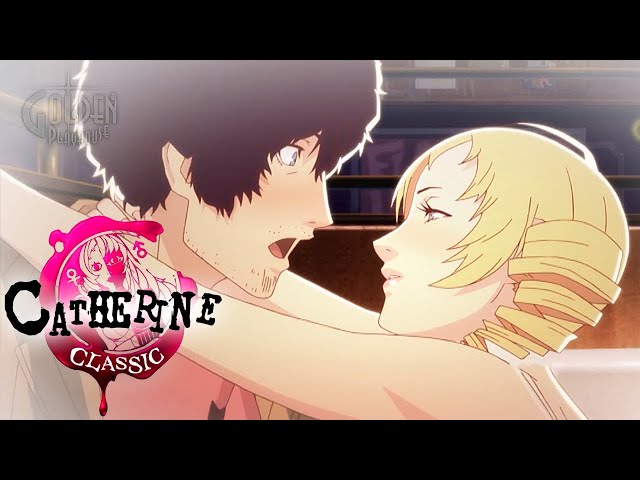 Catherine originally came out almost a decade ago, yet it’s continually referenced as both a fantastic narrative game and puzzle game. You play as Vincent Broks, a 32-year-old man who’s unwilling to marry his long-term beautiful girlfriend Katherine – a nice problem to have. All of a sudden, Catherine, a 22-year-old woman turns up and takes a liking to Vincent, and Vincent starts experiencing insane nightmares in which, if he dies, he will die in real life. If you’re into playing out a bizarre and exciting story about the most extreme commitment issues you can find, why not try Catherine? The Steam page can tell you even more about the game. 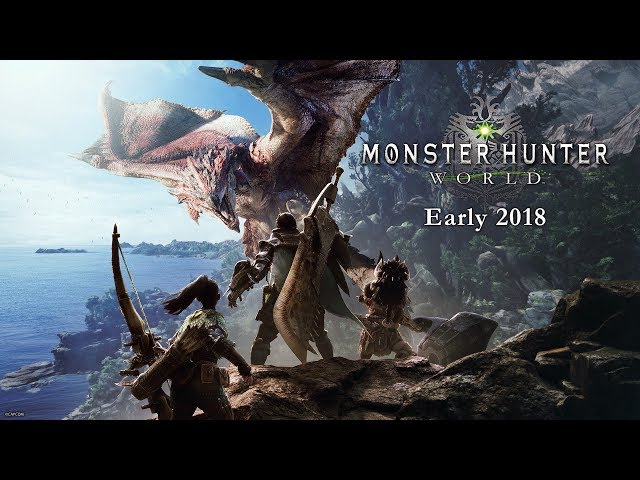 Monster Hunter World isn’t here because it’s about dating. In fact, it’s got nothing to do with romance at all – which is why it’s here. You’re an independent monster hunter and slayer, with a cat person as your friend. It’s the closest you’re going to get to being that single person with a cat who’s completely fine being alone, and that’s okay! Go be a badass, fighting and befriending beasts with far too many scales and teeth [Maybe it’s quite like Tinder after all – Ed.]. Monster Hunter World encapsulates the ideal single existence if you really don’t want to spend time with anyone else. Here’s a link to your life with a feline friend. 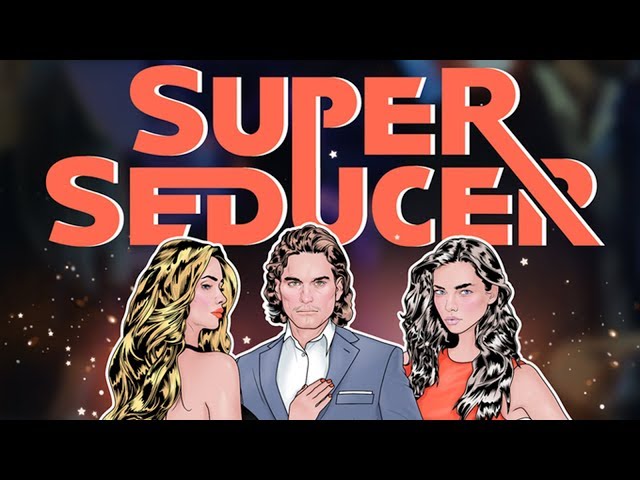 Anything but Super Seducer

Super Seducer is on this list because it’s the perfect example of how not to act around real people. Super Seducer is the most cringe-worthy FMV experience imaginable, and I can’t help but admire the effort put into making something so unromantic. At its core, the pick-up artist game is a terrible example of how to talk to women, so abhorrent that it plays more as a comedy than anything else. Instead of a link to the Steam page, I’m leaving a link to a video about Super Seducer instead. I might be single, but I’m sure as heck not this single.

These are big games. Long games. Games you should play, but may not have enough time to play because of regular day things, like jobs, laundry, cooking, and spending time with your partner. Hold on – that last one doesn’t apply to us does it? Now I think about it, perhaps because we’re single af, it’s the best time to play through these expansive worlds. You don’t need to pick your loved one up, or go on dates – you have another 50 hours of Red Dead Redemption to play instead. And better still? Geralt won’t ever argue with you.

And that’s about it, friends. Truth be told I feel a little better after venting at you all, sorry about that. If you’re having a wonderful Valentine’s Day, then good on you, I’m happy for you. And if you’re having a mediocre-to-bad one I hope it gets better. I’m off to go and eat that jacket potato I’ve been thinking about since the beginning of this piece.