You’ve got to admire the tenacity of a cartoon viking. These ones led a life of looting, drinking and pillaging, just as the gods demanded – but were sent tumbling back to Earth after death, the gates of Asgard shut in their faces.

So they’ll climb back up the mountain, over and over, gathering food and chopping wood to fuel their march back to Valhalla. The setup is familiar from The Settlers, but the vikings aren’t building a home – they’re going somewhere.

Beyond the procedurally-generated island that hosts each of Valhalla Hills’ scenarios, there’s a horizon – dotted with peaks and volcanoes, more mountains to conquer.

“It was very important for me,” says Funatics CEO Thomas Häuser. “Normally if you play this type of game it’s top-down or isometric, and you do not see the horizon. I want to see the horizon.” 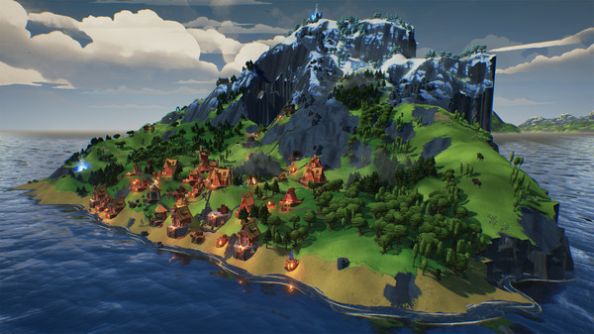 Häuser was one of the first staffers at Blue Byte – the German studio since acquired by Ubisoft, where he worked on The Settlers 2 and eventually became a studio manager before leaving in the late ‘90s to start Funatics. There he’s adapted Settlers of Catan for the PC and reworked past successes for modern machines, but last year decided to make a “classic build-up strategy game”.

Funatics found a backer in Hamburg adventure specialists Daedalic, who gave them “every freedom a developer could ask for”.

“Normally when you do a game for, let’s say, Ubisoft, you have a lot of discussions with the French guys about what you do,” recalls Häuser. “And this hasn’t been the case for Daedalic – they just trust us.”

In January, without a design document but with the total faith of their publishers, a team of nine began work on Valhalla Hills. The game quickly took shape around its vertiginous premise. Maps wouldn’t be pre-designed, but randomly generated around a central mountain – with each successive scenario in the campaign unlocking new systems to play with and goals to work towards. 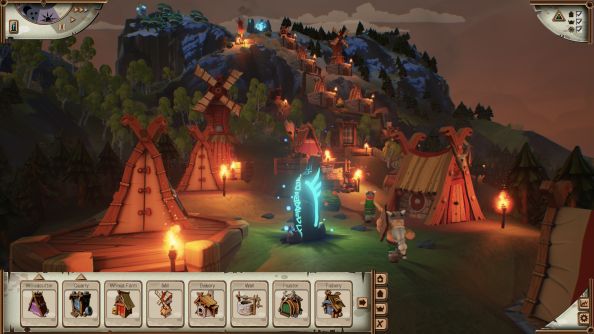 Like The Settlers before it, Valhalla Hills would be about logistics.

Described that way, it sounds a lot like Anno, or Tropico, or Cities: Skylines. What is it about Häuser’s corner of the genre that he can’t find elsewhere?

“With Valhalla, I can play fast, I can concentrate on setting up military camps and improving my soldiers,” he explains. “But I can also take care in just optimising my settlement. For me it’s very important that I can play this game without pressure.”

While the vikings busy themselves mining and moving resources, this is no RTS. You play as the god of construction, and can inspire your vikings to build – but can’t steer them yourself. Your little wards pick their jobs, go to work, eat and sleep of their own accord. Mastery comes through watching their behaviour, and making decisions about building placement accordingly. 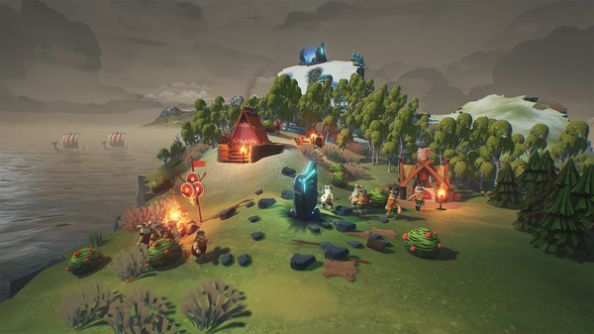 “As a good player you want to optimise the cycles,” suggests Häuser. “Support the food for example so that the vikings can work at all times.”

It’s a small scale operation – allowing you to keep track of every viking, all of whom are named and persist from map to map. Which begs the question: do players get attached to their dependants? Even imagine personalities for them?

“I think this depends a little bit on the player themselves. We have guys on the team and also guys on the outside who give every viking a special name and know if they’ve been on the map before. And other players don’t care at all.” 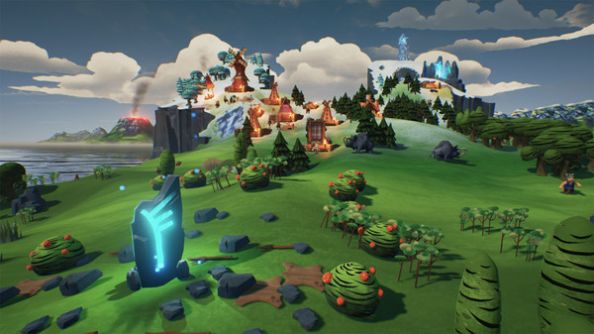 Whether or not players choose to engage with it, Funatics have conceived a “comic, colourful” style that feeds into that familial feel. Like its predecessors in the genre, Valhalla Hills appears friendly and welcoming (“Also we are a small team and can’t afford to have a graphics artist spend two months just on one head,” points out Häuser).

The studio have built the game in Unreal Engine 4, despite experience with Unity. That’s given them “a lot of power in the back”, for big hills and better lighting effects – the ambient details that complete the sense of a miniature world ticking away beneath your cursor.

“If you see the whole mountain at night time, because you see the lights of the buildings, you exactly see the structure of your settlement,” says Häuser. “It’s like flying to London by night time. It’s a very good feeling, I think.”

Just eight months after Funatics set to work at the foot of their own mountain, they’ve launched on Steam Early Access. With so much random generation at work, they expect parts of it to fall over, but think the fundamental systems are already “quite good”. A final release is planned for the first half of next year; “but obviously it depends a little bit, to be honest, on how well we sell.” 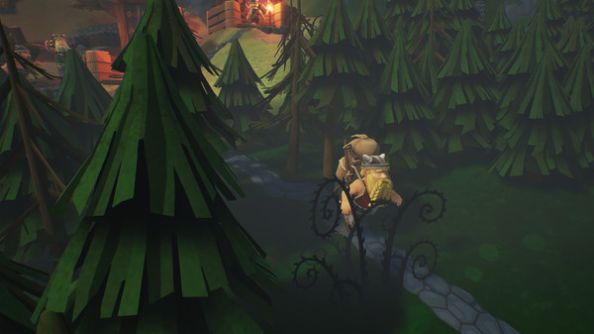 The team have lots of ideas for Valhalla Hills, and lots more are coming in from its nascent community – whose supportive user reviews have validated the best part of a year Funatics have spent working like vikings.

“Everyone on the team and the guys at Daedalic all worked in one direction. For every problem we had in developing the game, for every feature that we wanted to implement, we found good solutions within the team,” says Häuser. “It was a good feeling – a very good development feeling.”

In this sponsored series, we’re looking at how game developers are taking advantage of Unreal Engine 4 to create a new generation of PC games. With thanks to Epic Games and Funatics.