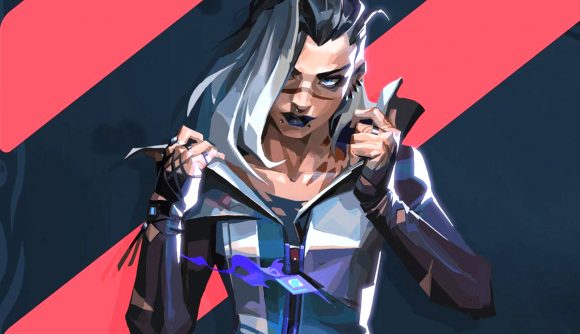 Riot Games confirms that the Valorant Fade gameplay reveal is happening in just a few hours at the Masters pre-show event, which will show off the cinematic trailer and first look at the new Valorant agent – number 20. Here’s how to watch the Valorant Fade reveal.

As Riot announced earlier this year, Valorant Episode 4 Act 2 wouldn’t ship with a new agent, so there hasn’t been a new character in the multiplayer game since the electric Neon launched in January. However, Act 3 will ship with the new agent 20 – Fade, who has yet to get a reveal outside of a single piece of artwork.

That’s set to change today, as the Valorant Masters tournament pre-show event will include the Fade cinematic trailer reveal, and Riot confirms that this will be followed by the first look at the new character’s gameplay too. So what time do players have to tune in to see the official reveal of Fade, and where can you go to see it?

The Valorant Fade gameplay and trailer reveal will start at 9:30am PDT / 12:30pm EDT / 5:30pm BST. To watch the Masters pre-show with the reveal, head to the Valorant YouTube channel or Twitch channel. You can find other viewing options, such as in other languages, right here.

TOMORROW! The Fade cinematic debuts during the Masters pre-show, followed by a first look at her gameplay after the #VALORANTMasters Reykjavík Grand Final celebrations!

Tune in to the pre-show tomorrow starting at 9:30am PST. More info: https://t.co/gWrp4yU7fd pic.twitter.com/YhddlZNBXN

Check out our Valorant tier list for the standing of all the agents in the game.