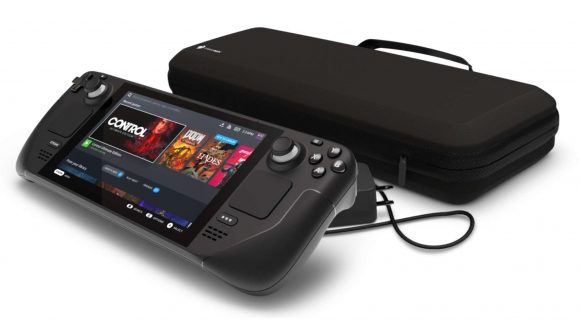 The Steam Deck isn’t just the beginning of Valve’s foray into the handheld gaming PC market, it heralds the end for the platform’s Big Picture mode. Valve employee Austinp_valve confirmed that Steam Deck’s user interface will eventually make its way to desktop by replacing Big Picture, but while the device will be available in December, the desktop version of the UI could be a ways off yet without a clear launch date.

Taking cues from the PlayStation 3 and Xbox 360, Big Picture mode arrived in 2012 as an optional way to navigate Steam without the precision of a gaming mouse. Although it still does the trick if you’re playing with a controller, Big Picture has looked the same since 2015, so it’s no surprise that Valve has something fresh in the pipeline.

We’ve only seen snippets of the Steam Deck’s UI so far, but it already looks more intuitive and somewhat resembles the layout we’re familiar with on desktop. It’s unlikely to be the only effect the handheld has on its PC counterpart, too, as Valve founder Gabe Newell envisions the device will yield “long-term benefits” for Steam – whatever that means.

Our best guess is more frequent updates to keep up with the times as Valve maintains parity across both platforms, and possibly new features.