Although Steam Deck while pre-orders are currently out of stock, you’ll eventually be able to get your hands on one of the three models later this year – Valve founder Gabe Newell tells IGN that the company is in this for the “long haul.” But which one should you pick up? Starting at a competitive $399 / £349 price point, the bog standard version is a great investment to take the best PC games on-the-go, but the pricier models warrant a further look before you take the leap.

Internally, all three systems will have near-identical specs when they land on shelves in December, with a four-core custom APU co-developed by AMD handling the processing and graphics, 16GB of LPDDR5 RAM, and a seven-inch LCD touchscreen pushing 1,280 x 800p resolution at 60Hz. They each run the same Linux-based SteamOS, too, but you’ll be able to install your own operating system, like Windows 11, and other storefronts like a desktop PC.

As usual, each model is a direct upgrade to the last, with the main difference being the internal storage type and capacity. The small storage sizes are bound to raise an eyebrow since there’s no 1TB option, but much like the Nintendo Switch, you’ll be able to expand your storage using a MicroSD card, anyway.

Here’s what you can get at a glance, but keep scrolling if you want more details about each model: 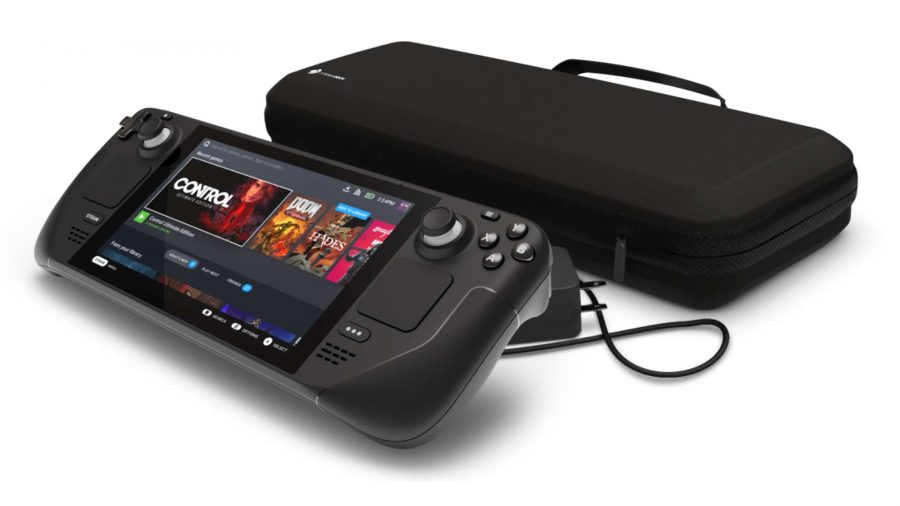 This is the cheapest, no-frills Steam Deck available to for $399 / £349. It comes with the standard carrying case and 64GB of embedded MultiMediaCard storage (eMMC).

While this is a good entry-level to handheld gaming PCs and should be fine for games like Genshin Impact, you might struggle with such a low amount of storage space as the size of games continually increases. It’s also a much slower standard of storage designed to keep costs down, so you should expect to spend more time on loading screens. 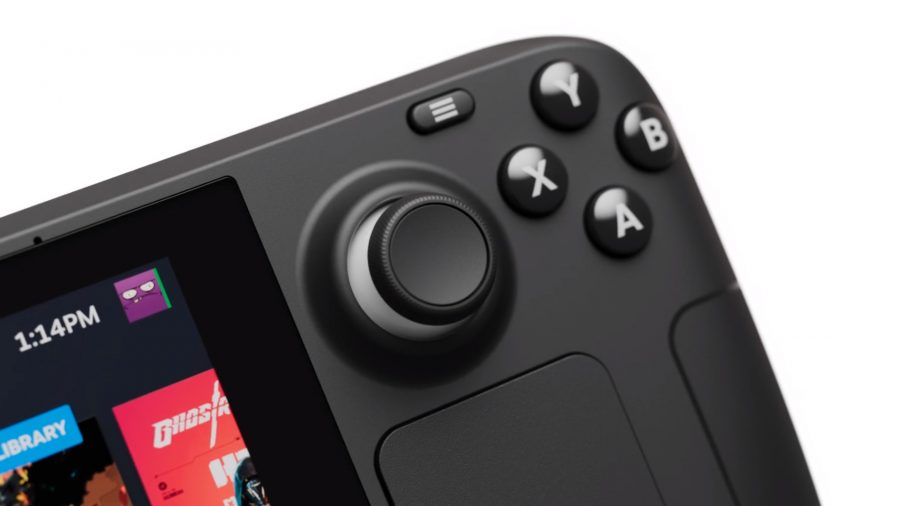 The middle child might offer the best value for money at $529 / £459, bumping up the storage to a 256GB NVMe SSD. Not only will you be able to fit chonky games like Call of Duty: Warzone’s 175GB and then some, you will also load into games significantly quicker as the NVMe standard is up to ten times faster than eMMC. We don’t know what drives Valve is using here, but even the slowest NVMe is a marked improvement.

To sweeten the deal, you’ll still get a standard carrying case and Valve throws in an exclusive Steam Community profile bundle for good measure. 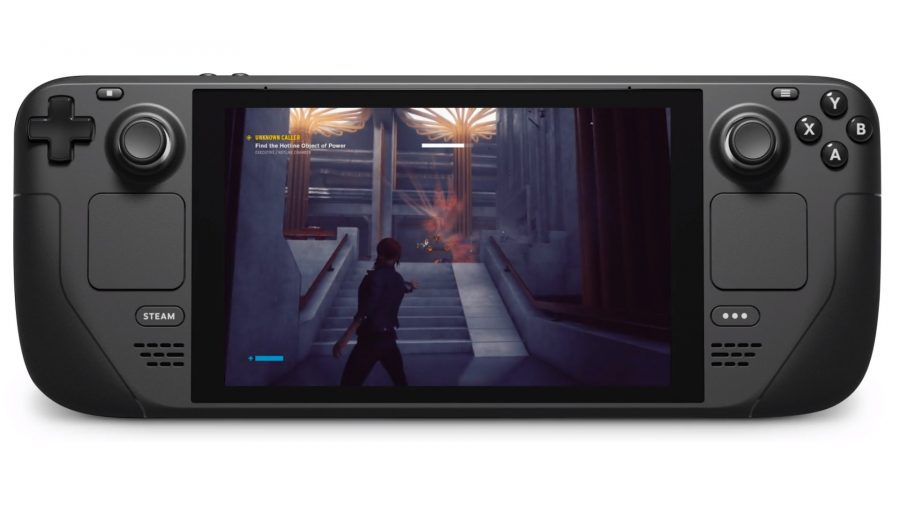 Enthusiasts willing to pay $649 / £569 will get the best of the best, with a 512GB NVMe SSD leading the charge and a range of exclusive goodies. Valve makes a point of saying that this is the fastest storage you can get with the Steam Deck, although it’s worth mentioning that the difference in NVMe speeds has diminishing returns and going from the slowest to the fastest isn’t remotely the same leap from eMMC to NVMe.

Since you can just bump storage space up using MicroSD cards, it’s the extra swag that makes this option stand out. You’ll get an exclusive carrying case that will somehow differ to the standard one, there’s an exclusive virtual keyboard theme included, and the Steam Community profile additions are available here, too. The most interesting of the lot is the premium anti-glare etched glass, which could come in handy during the daytime.

The 256GB Steam Deck offers the best value for money in our eyes, giving you respectably fast storage that you can increase with external MicroSD cards. The anti-glare etched glass that’s exclusive to the 512GB tier could come invaluable for outdoorsy folk and those of you wanting to travel, however, as this could dictate just how well the Steam Deck performs against sunlight. We can’t imagine the other models will go back to the days of the backlightless Game Boy with a 400-nit brightness, but fighting against reflections doesn’t sound fun.