Yes, that was a Firefly reference. Valve have posted an announcement showing off their most recent design prototype for their Steam Controller. The new prototype incorporates much of the feedback from the Steam Box testers, who’ve been tinkering with it since last year. 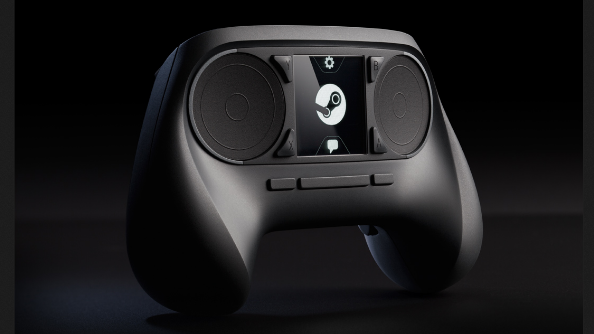 The three buttons at the bottom have moved to the center, replacing the touch screen entirely which seems to have shrunk to a ‘home’ button of sorts. The four X, Y, B and A buttons have now taken a more traditional layout next to the addition of four directional buttons.

This also appears to have widened the spacing between the two tactile touch pads. Aesthetic wise, the controller looks to be a bit bigger than its predecessor, while opting for a glossy finish to the face of the controller.

Attendants at this years GDC will be able to get hands on with the new prototype. For the rest of us, we can expect updates “very soon” about further development and refinement of the Steam Controller.