Autumn’s approaching and September is now here. That means another Humble Choice Bundle is headed our way, but before it arrives you’ve still got a few days to grab August’s offering – and there’s a variety of treats included which might appeal to horror games, survival games, and adventure games fans.

As you can see on its site, the Humble August Choice Bundle selection features a batch of 12 titles, including Dontnod Entertainment’s 2018 spooky action-RPG Vampyr. The RPG game’s set in 1918 and about a doctor who discovers he’s – you guessed it – a vampire, and has to navigate early 20th Century London, solving mysteries and trying not to get burned to a crisp by sunlight along the way. You can check out our Vampyr PC review if you’d like to find out more.

Also in this month’s selection are the 2018 survival-horror titles Call of Cthulhu and The Coma 2: Vicious Sisters, as well a double pack of Hello Neighbour and its prequel Hello Neighbour: Hide and Seek. 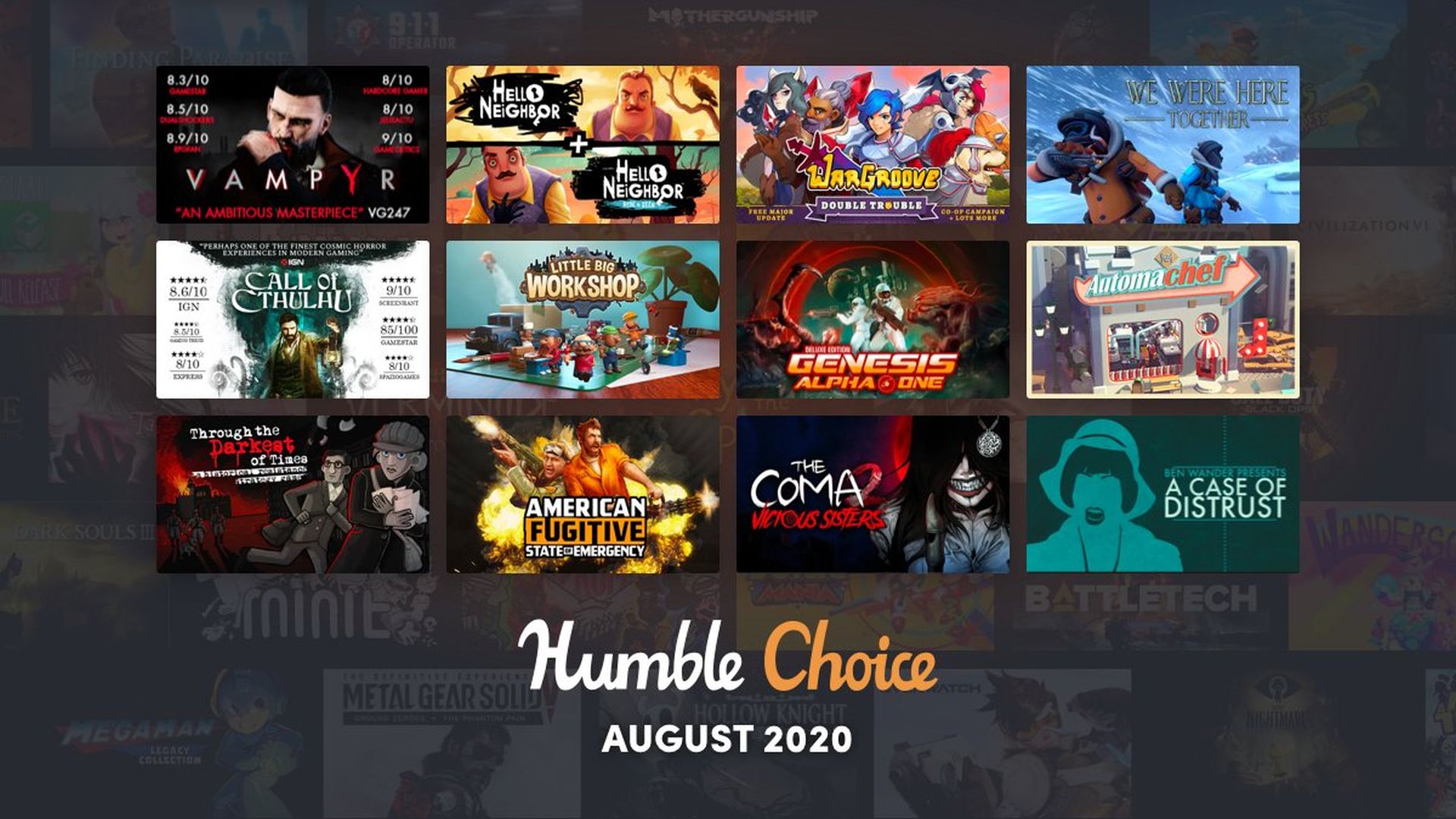 Usually, you can pick up to nine games from each month’s Choice Bundle selection to keep if you’re a subscriber, but right now there’s a promotion live that lets you “get all 12 games when you pick up August’s Humble Choice”. This applies to “All Premium and Classic subscribers” and ends on September 4 – as does the chance to grab the current Bundle, before September’s arrives.