Action-RPG Vampyr has a release date (or, rather, a release month), and a suitably grim new trailer to celebrate: sharpen up your fangs for November this year, ‘cause you’ve got necks to bite.

Indulge your power fantasies in the best RPGs on PC.

In case you’ve missed it so far, Vampyr is a dark urban fantasy set in a disease-ridden alternate London in 1918. You play Dr Jonathan Reid, a famous surgeon recently returned from the Great War before coming down with an involuntary case of You’re A Vampire Now. Your new condition forces you to eat people, which is hard to reconcile with the hippocratic oath, so there’s some neat potential for a brooding personal crisis there.

Yet feed you must, and you’ll choose which civilians to eat so as to evolve your vampiric powers. You’ll then use those powers to survive, fighting vampire hunters, the undead, and other monstrosities through London’s foggy streets. It sounds like developers Dontnod are even exploring the social advantages of vampirism, as you can use your powers to navigate a web of interconnected citizens with unique lives and relationships. These include The Ascalon Club, a secret society comprised of the wealthiest vampires. 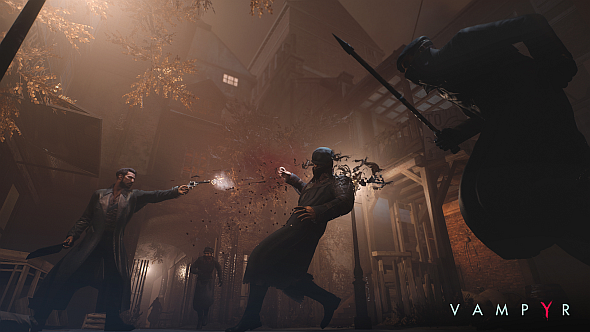 Depending on whom you kill and whom you charm, your actions can doom or save London. Get a taste in the trailer above, and look out for more Vampyric news from PCGamesN at E3.