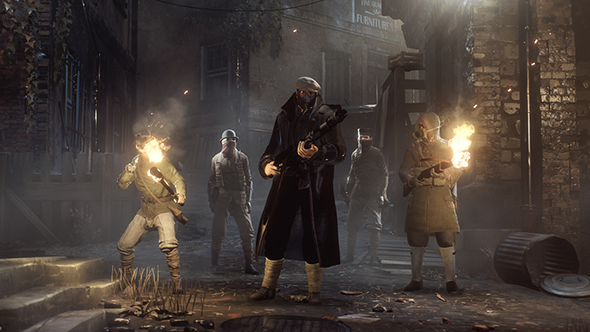 It’s Vampyr review day, and the internet is thrumming with scored and unscored discussion of Dontnod’s blood-sucking action-RPG. In our review, Ian Boudreau says:

“What’s struck me most about my time with Vampyr is that it manages to turn you into a predator through its mechanics as much as it does with its storytelling. It does collapse under its own weight by the end, but the fact that it so effectively seduces you, almost trance-like, into roleplaying a villain makes it worth biting into.”

But to help you put his words into a little context, we’ve put together a round-up of the scores from the biggest sites, in vain competition with Metacritic.

For more fantastical escapism, check out the best RPGs on PC.

And they do make interesting reading. The lowest score we’ve seen is a five while the highest is a nine, which is quite a split. That equates to a 73 on Metacritic  and a 74 on OpenCritic. The Steam community score is also mostly positive, sitting at 74% of 403 reviews at time of writing (ever on the pulse, our own review gave it a seven).

You can check out our review roundup below. Unless otherwise stated, all reviews were done on PC.

So a qualified success, then. Some of the most common points of praise include an evocative depiction of Victorian London, a theoretically engaging story, and some fun RPG mechanics. Common criticisms pick out bugs, clunky combat, and some nonsensical dissonance between all the thugs you kill and all the NPCs you’re supposed to agonise over killing – you can check out our own Vampyr review here.